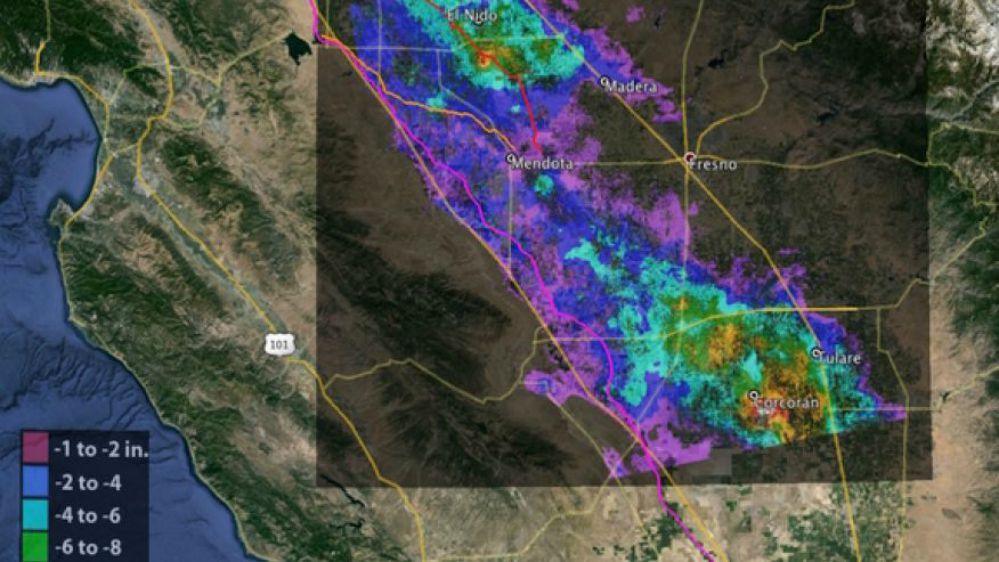 BREAKING NEWS – Houston, Texas – New NASA imagery reveals that parts of California are sinking at an astonishing rate, with some parts of the San Joaquin Valley sinking as much as 2 inches per month. Though this has long been a problem in California, the rate is accelerating because the state’s extreme drought is fueling voracious groundwater pumping. However, NASA said there is no need to panic at this point, because they are reasonably certain that it’s not likely the Golden State will ever sink to the level of their current moral standards.