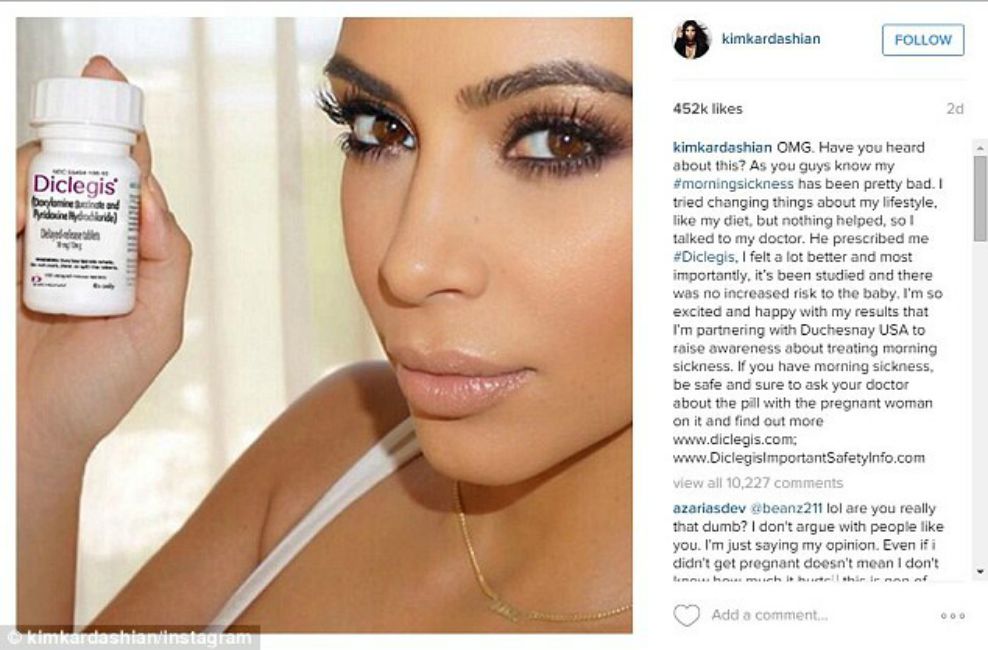 BREAKING NEWS – New York City, New York – Reality TV Star Kim Kardashian has come under fire from the Food and Drug Administration (FDA), which says her social media posts violate drug promotion rules. Drug endorsement deals are common among celebrities, but Kardashian’s recent promotion of the prescription morning sickness pill Diclegis on her social media accounts isn’t kosher, the FDA said in a warning letter to the drugmaker. Bloomberg News reported that in an email, Duchesnay who makes the drug, says the pill is as effective as it claims to be, and it prevents people from getting nauseous after listening to Kim’s voice for more than two consecutive minutes.