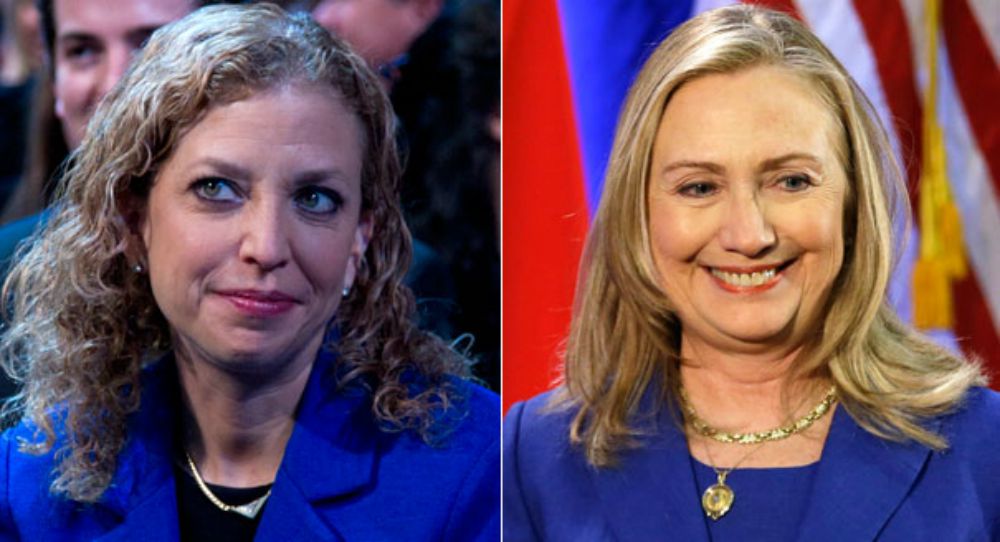 BREAKING NEWS – Washington, D.C. – A shoving match took place at the DNC headquarters after Debbie Wasserman-Schultz summoned Hillary Clinton to discussing her sliding poll numbers. Staff members from both sides separated the two women, as they were aggressively reaching for each other’s hair. Witnesses say it began after Schultz accused Hillary of lying even more than Bill when he was questioned about his relationship with Monica Lewinsky. Hillary responded by sticking her tongue out at her, and saying she had an irritating masculine voice.