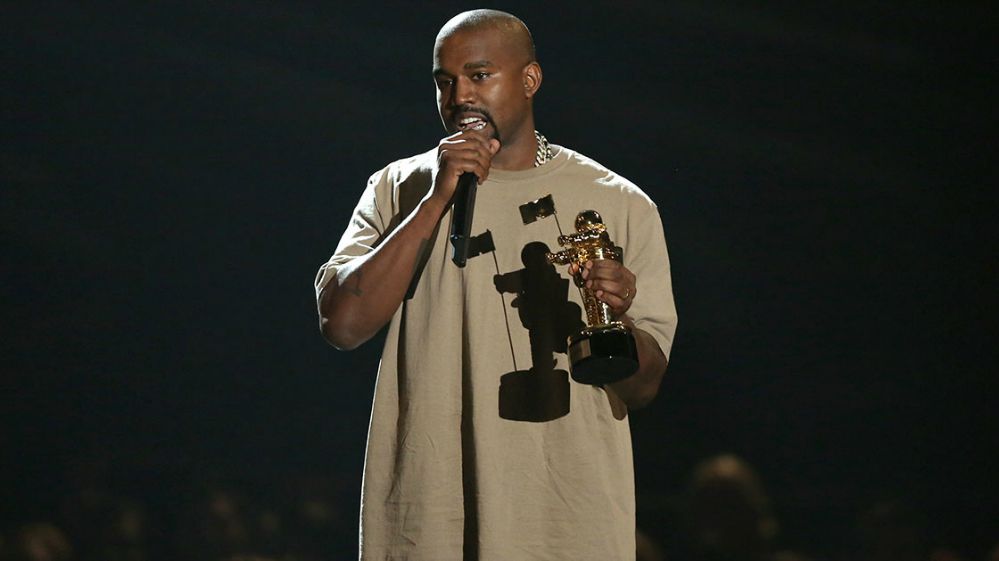 BREAKING NEWS – Los Angeles, California – In typical Kanye West fashion, the rapper delivered a rambling, nonsensical speech when he was presented with the Video Vanguard Award at the 2015 VMAs on Sunday night. He ended his speech by declaring, “And yes, as you probably could have guessed by this moment, I have decided in 2020 to run for president.” Donald Trump immediately defended West’s decision because neither of them are politicians. He further added, that “If West gets elected President, his lovely wife Kim can will be the First Airhead.”