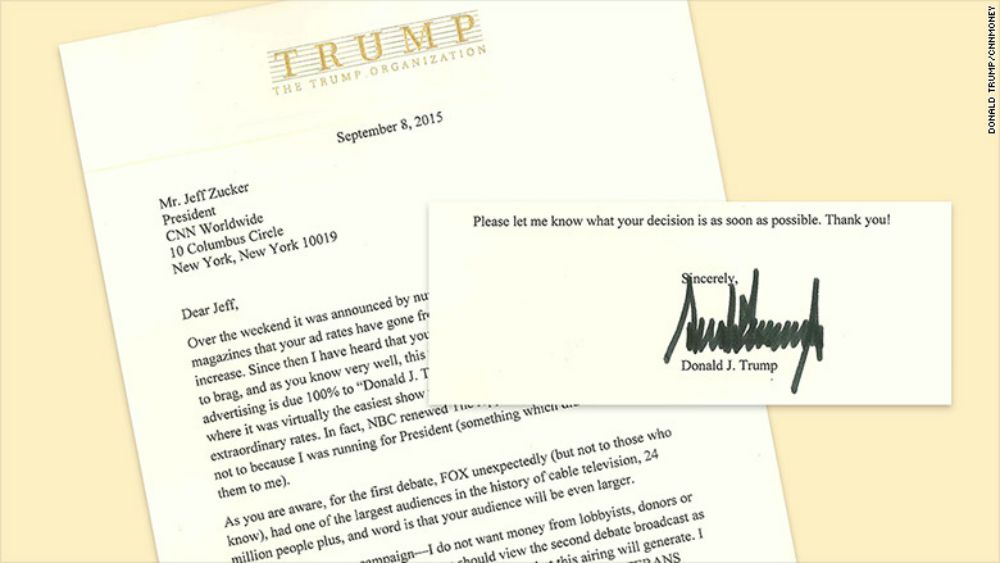 BREAKING NEWS – New York City, New York – Donald Trump has an unusual proposal for CNN: He wants the network to donate its profits from next week’s Republican primary debate to charity.
“I believe that all profits from this broadcast should go to various VETERANS groups, a list of which I will send to you in the near future,” the GOP frontrunner said in a letter to Jeff Zucker the CNN Worldwide president. Zucker who is a liberal and anti-gun advocate, responded by stating, “I will not give a single penny to a group of people that condones violence. And I have always found it objectionable that our armed forces is the only branch of our government that regularly uses guns and other weapons during military confrontations, which has often seriously injured our enemies, and at times even death.