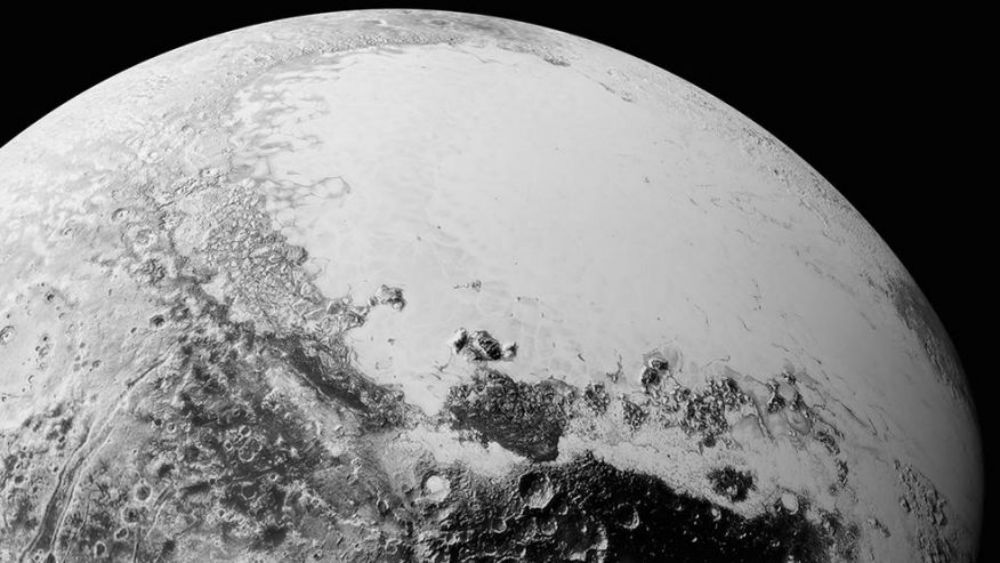 BREAKING NEWS – Houston, Texas – This synthetic perspective view of Pluto, based on the latest high-resolution images to be downlinked from NASA’s New Horizons spacecraft, shows what you would see if you were approximately 1,100 miles above Pluto’s equatorial area. “They reveal new features as diverse as possible dunes, nitrogen ice flows that apparently oozed out of mountainous regions onto plains, and even networks of valleys that may have been carved by material flowing over Pluto’s surface,” NASA said, in its statement. Even though he presented no evidence to prove his point, Al Gore is stating that within the past 20 years, almost half of the ice on the distant planet has melted, and he plans on vigorously promoting his latest theory, calling it “Solar System Warming”.