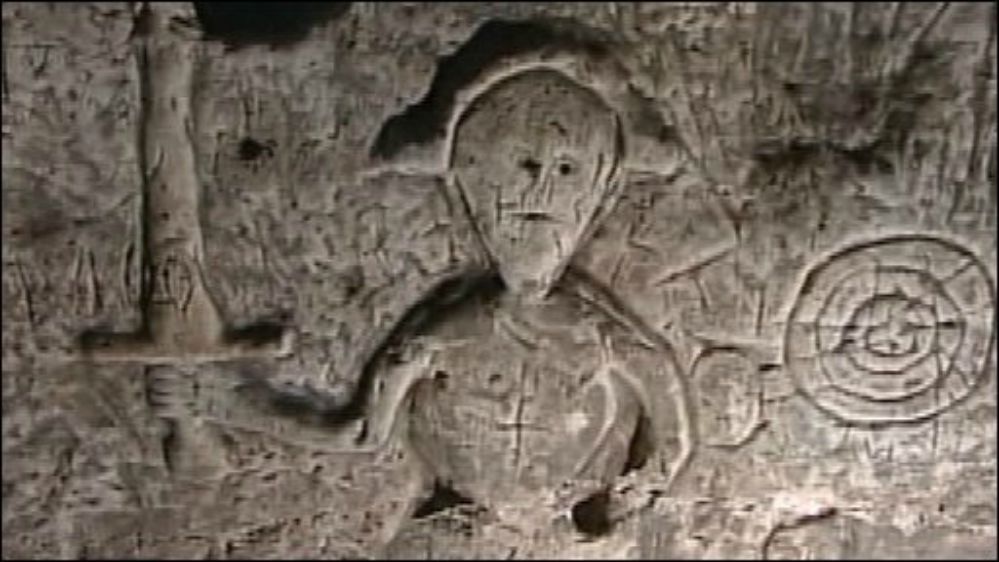 BREAKING NEWS – Royston, England – After 40 years of research by more than 200 archaeologists, the Natural History Museum in London is now shocking the world with an incredible allegation. After discovering a beehive-like cave 25 feet below the ground they found carvings which they believe confirms that the culture approximately 700 years ago was very similar to today. The images they discovered in their view, confirms that people took selfies back then. The only difference is where today it takes a second, back then using a primitive hammer and chisel it took around six hours. And the people back then who were as obsessed as people today with creating nonstop pointless images of themselves, regularly complained about having intense hand and arm cramps.