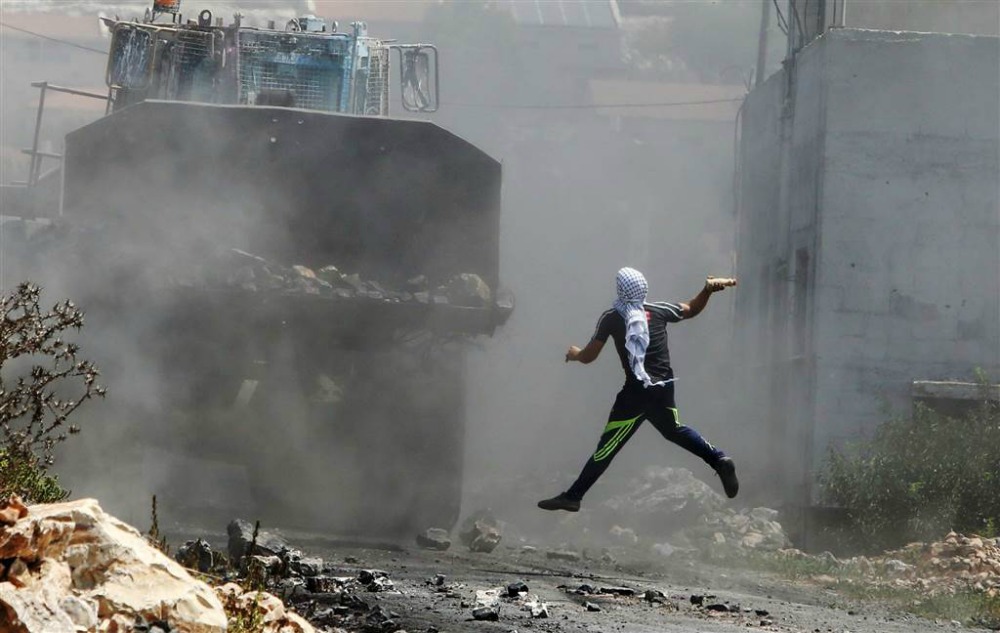 BREAKING NEWS – Kfar Qaddum, Palestine – A Palestinian protester throws a bottle filled with paint at an Israeli army bulldozer during clashes following a demonstration. The identified man that refused to give his name after he was filmed prancing in the street, explained that his hostility was based on the fact that Israel continues to refuse to allow him participate and audition in any of their ballets.