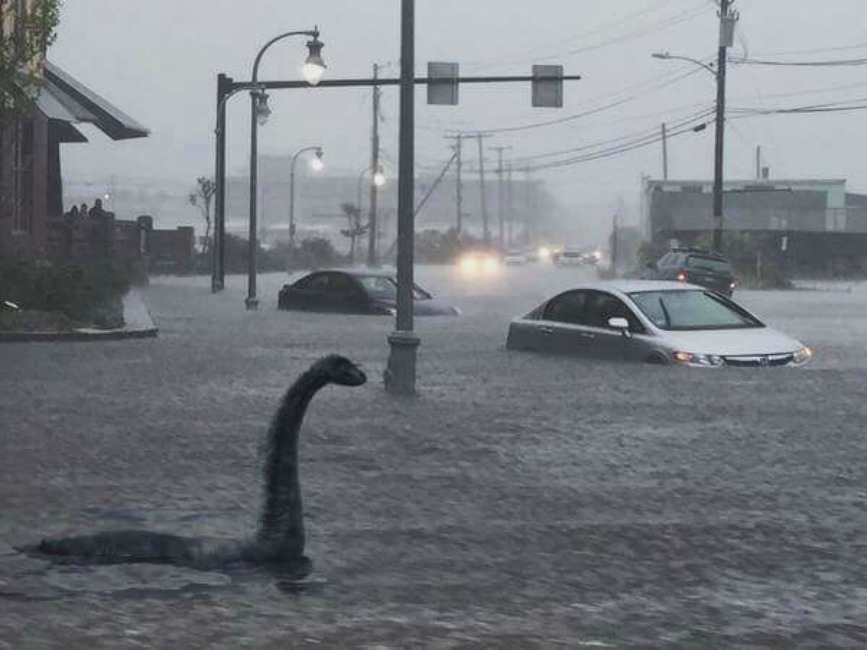 BREAKING NEWS – Portland, Maine – Marine biologist have now confirmed that after the heavy rainfall and flooding on the east coast, that the creature spotted swimming on the streets in Maine was indeed the Loch Ness Monster. They also believe that the fabled large animal from Scotland that appeared to be confused and lost, either has a very poor sense of direction, or was travelling using an outdated Atlas map.