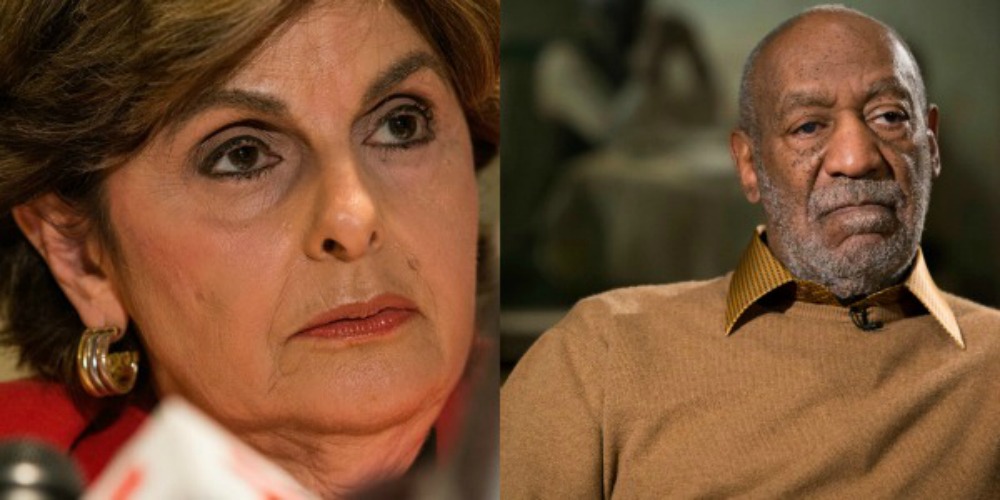 BREAKING NEWS – Boston, Massachusetts – The famed feminist attorney Gloria Allred has completed her interrogation/deposition about Bill Cosby’s alleged serial doping and groping of young women. She says no question was off-limits. A video camera was rolling, but what it captured will remain under seal for at least the next 60 days. The lawyers have been told not to discuss what was said during the deposition. Allred said she was able to question Cosby from about 9 a.m. to 4:30 p.m. and added that she expects to file legal motions in connection with what took place at the deposition. However, it has been leaked that Cosby tearfully stated after the deposition that he plans to renounce his U.S. citizenship, and move to a country where the women aren’t a “bunch of tattletales”. And according to another source, during the lunch break when Allred was eating some Jell-O pudding that Cosby provided, she became drowsy and dizzy, and was seen on video tape trying to slap his hand away as he was reaching for the top button of her blouse.