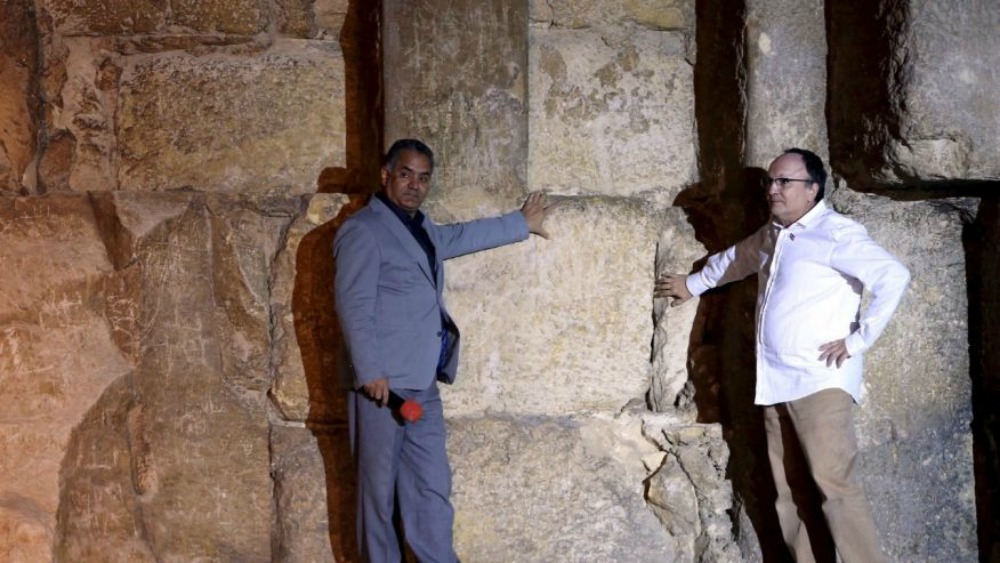 BREAKING NEWS – Cairo, Egypt – While on the hunt for hidden chambers within the pyramid, a group of architects and scientists from Egypt, France, Canada and Japan discovered that higher temperatures registered on three adjacent stones located at the bottom of the Egyptian pyramid. The team uncovered the stones through infrared thermography, a process that detects infrared energy emitted from an object, converts it to temperature, and displays an image of temperature distribution. To their surprised the additional warmth was caused by space heaters that had been left on for more than 4500 years. The local electric company is now threatening to cut the power unless the bill is paid by the end of the month which is currently at $371 billion dollars. The cable company also said they are owed payments and late fees from 2494 BC, even though the only channel they had back then was for morning and rush hour commuters called “Camel Traffic Reports”.