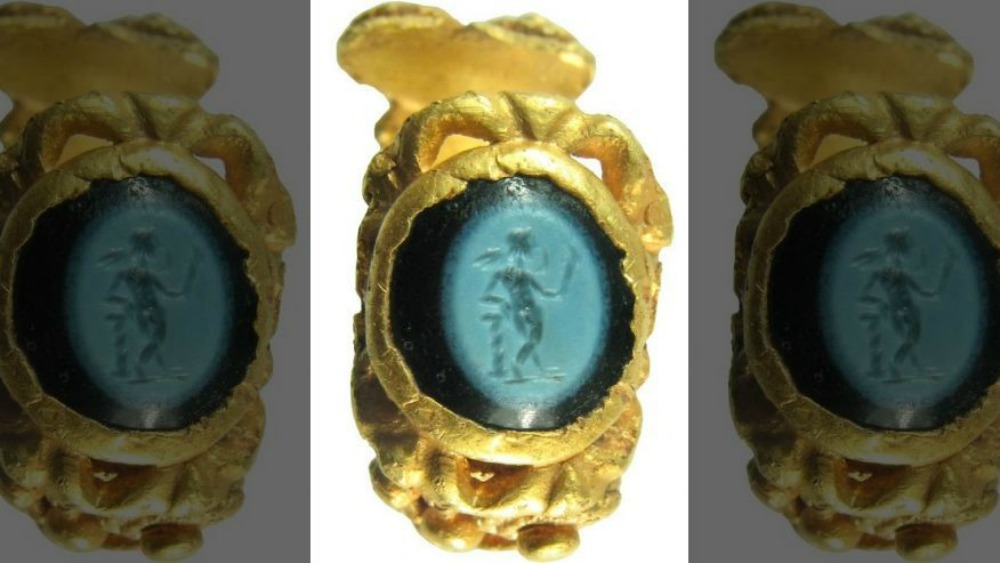 BREAKING NEWS – Tangley, England – A 1,700-year-old gold ring with a stone showing Cupid (the home wrecking god) carrying a torch would’ve been worn on the finger of a man or woman at a time when the Roman Empire controlled England. A Roman philosopher named Apuleius, wrote that Cupid is a young, seductive god equipped with torches, a quiver, a bow and arrows. He is known for “running at night here and there through homes that are not his own, corrupting marriages through indiscriminate seductions.” Another popular character worn in rings back then was “Shyster”, who was the god of divorce.