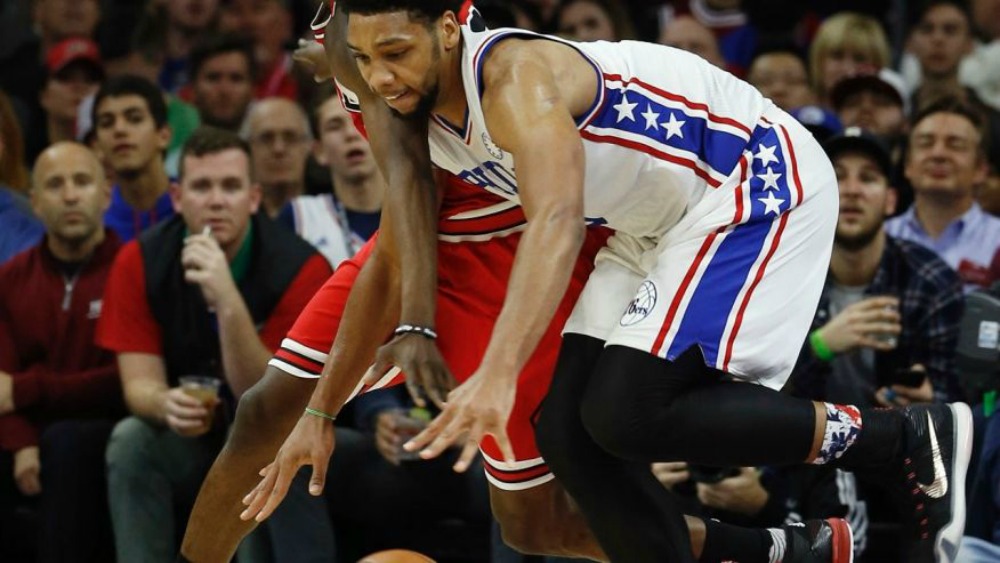 BREAKING NEWS – Philadelphia, Pennsylvania – Already saddled with the NBA’s worst record at 0-16, the Philadelphia 76ers were facing more embarrassment Thursday after a video surfaced purporting to show rookie center Jahlil Okafor punching a man outside a Boston bar early Thursday. The video shows him pushing a man to the ground despite attempts to restrain him, then throwing a punch with a right hand that knocked the man down. The coach of the 76ers Brett Brown defended him by saying, “Okafor is a rookie that his still not won a game as a pro, and he is understandably depressed. And according to witnesses along with the video, he did not initiate the confrontation. The facts will prove that the unfortunate incident began when he was mercilessly being heckled by a patron, that disrupted the beginning of his journey on a long road to alcoholism.”