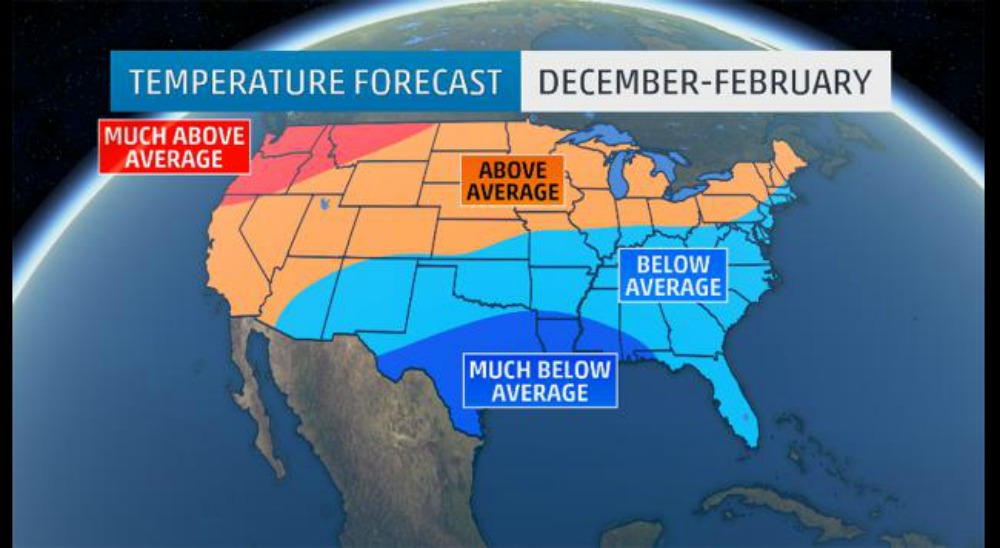 BREAKING NEWS – Atlanta, Georgia – A colder than average winter may be on the horizon for portions of the Southwest, Southern Plains, Southeast and East Coast, according to a December 2015-February 2016 temperature outlook released by The Weather Channel Professional Division. Due to many states getting an early snowfall, an angry Al Gore was overheard referring to Mother Nature as a “moody (expletive)”. He then accused her of ruthlessly collaborating with republicans in their relentless attempt to humiliate him.