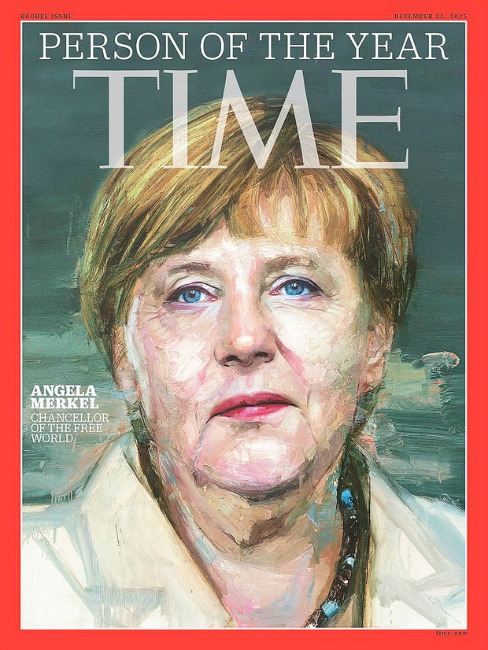 BREAKING NEWS – New York City, New York – German Chancellor Angela Merkel has been named Time’s Person of the Year. In announcing the winner, Time Managing Editor Nancy Gibbs pointed to Merkel’s handling of a vast array of issues — including the European economic crisis tied to countries such as Greece, the flood of refugees into the continent from the Middle East and Africa and several deadly terrorist attacks in the region. She also said Merkel’s hair style has indirectly encouraged millions of people all over the world to be comfortable admitting that they are transgenders.