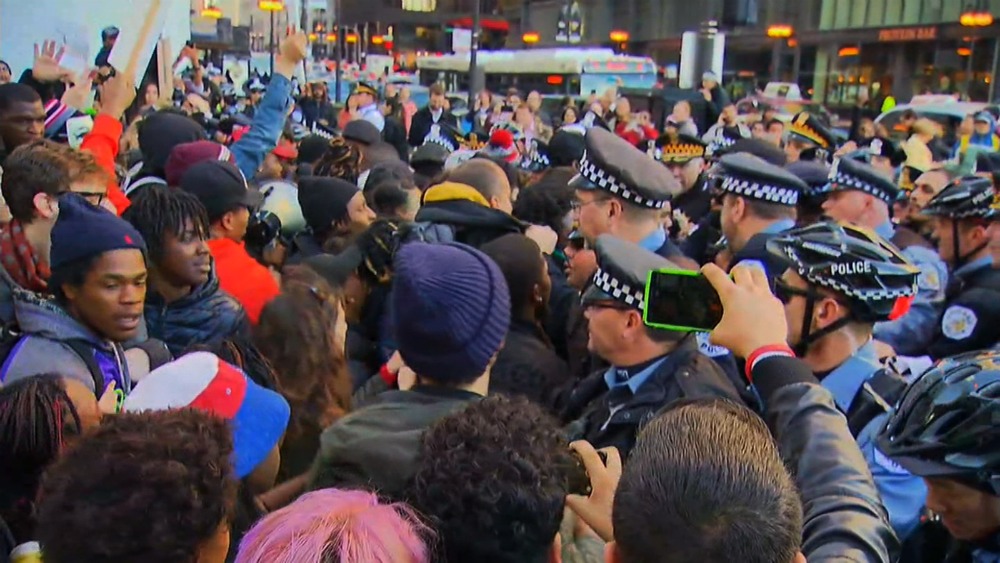 BREAKING NEWS – Chicago, Illinois – In a joint letter written by representatives from former Baltimore and Ferguson protesters to the Chicago Tribune, a challenge has been issued. Both groups are accusing the people in the Windy City who are protesting police misconduct, as being wimpy with their approach in resolving their grievances. The two cities are now encouraging them to follow their headline grabbing examples and to start destroying the businesses of innocent people to emphasize their outrage. The letter said in part, “The destruction of property of individuals that has nothing to do with the issues you want addressed is perfectly acceptable under these conditions. And without riots as Christmas approaches, career looters are unfairly being deprived of their holiday season demand for wide screen tvs and liquor.”