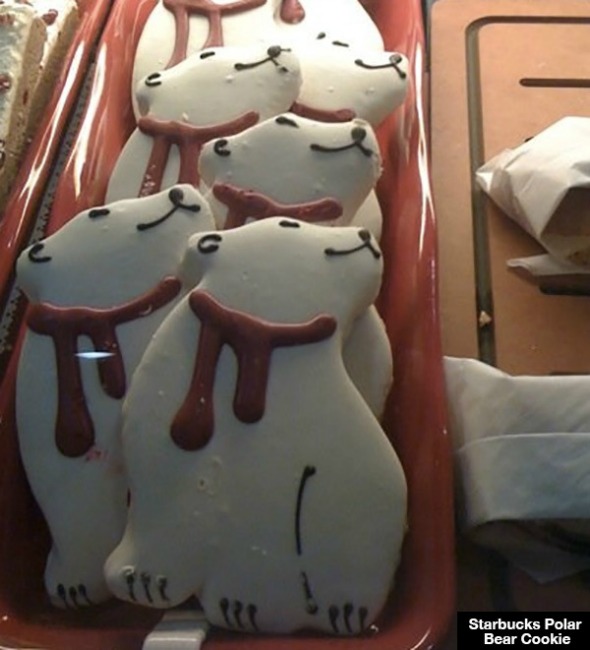 BREAKING NEWS – Seattle, Washington – Just as Starbucks’ holiday cup controversy has settled down, there’s another flap brewing at the country’s largest coffee chain, their polar bear cookies. This time it’s about cookies in the shape of polar bears with a festive red scarf, which some on social media say looks like dripping blood. Since 2009, the cookies have been sold in stores every Christmas without comment, but this year the true maniacal reason for the design of the snack has now been revealed. According to a leaked email that Starbucks CEO Howard Schultz wrote, the cookie was mass produced per his directive due to his desire to send out an eerie message through a thinly-veiled threat. And his motive stemmed from him being extremely bitter and unhinged after getting dumped during the holiday season in 2009 by an Eskimo woman that lived in northern Alaska.