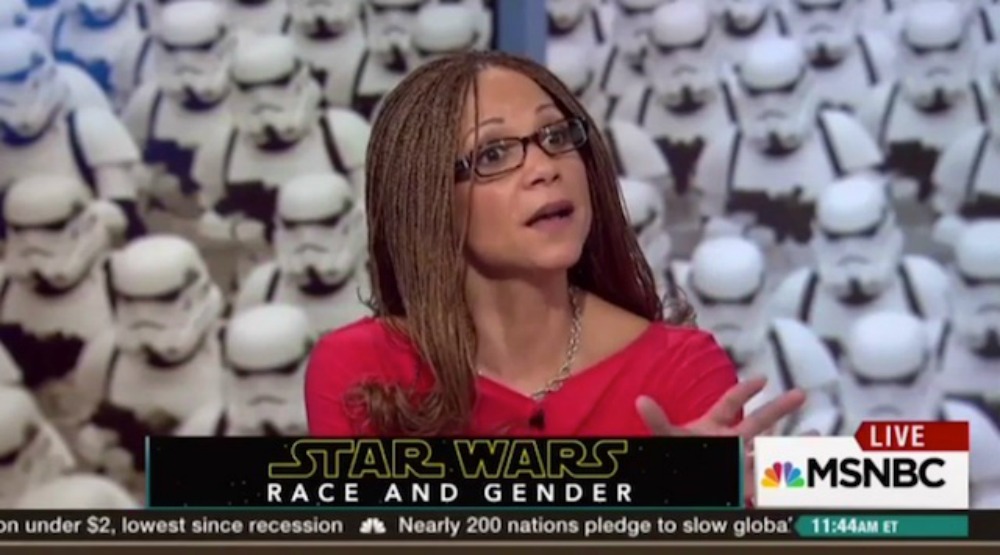 BREAKING NEWS – New York City, New York – The most anticipated movie release of the year — Star Wars: The Force Awakens — just found itself in the crosshairs of MSNBC’s cannons and the franchise declared to be “racist” by regular weekend host Melissa Harris-Perry. Referring to Darth Vader, she went off on a bit of a rant, pointing out what she believes to be racism in one of the highest-grossing movie franchises of all time.

“Yeah, like, the part where he was totally a black guy whose name basically was James Earl Jones, who, and we were all, but while he was black, he was terrible and bad and awful and used to cut off white men’s hands, and didn’t, you know, actually claim his son. But as soon as he claims his son and goes over to the good, he takes off his mask and he is white.”

Perry went on to say, “that the reason why the storm troopers are all wearing white, is because if they were wearing black and carrying guns, that will remind the viewers of the inner city gang violence which was created by policies of the Caucasian oppressors that run this country.”