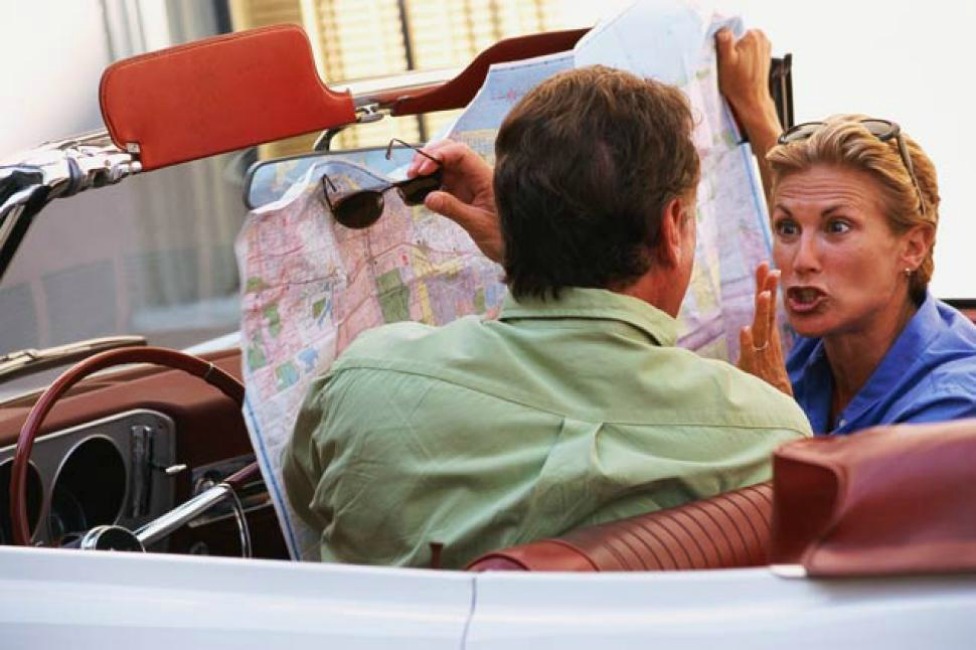 BREAKING NEWS – Trondheim, Norway – Researchers at the Norwegian University of Science and Technology recently conducted experiments to learn more about gender and sense of direction. The researchers administered testosterone to women and tested how they performed in “wayfinding tasks” in a virtual environment. Using functional magnetic resonance imaging (fMRI), a technology that measures brain activity, the researchers saw that men in the study took several shortcuts, oriented themselves more using cardinal directions and used a different part of the brain than the women in the study. They also concluded that men had the tendency to find their location considerably faster if they had a nagging wife, demanding that they stop and ask someone for directions. Also approximately 35% of the husbands actually blew some of the car speakers trying to drown the sound of their spouses voice, rather than pushing them out of the vehicle without stopping.