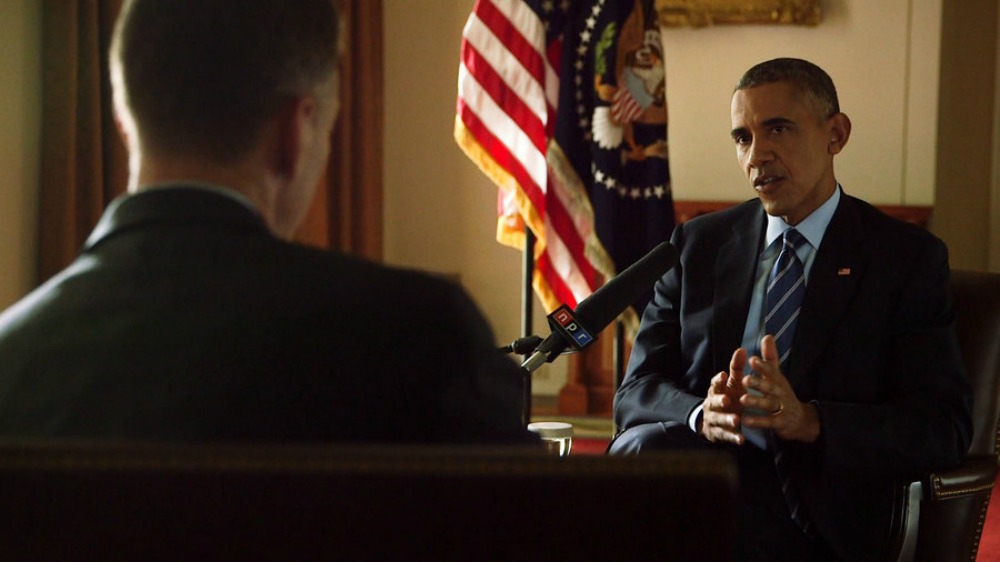 BREAKING NEWS – Washington, D.C. – A defiant President Barack Obama used a year-end interview with National Public Radio on Monday to attempt to reassure Americans that ISIS can hurt us, but can’t destroy the United States. In learning through the Washington Free Beacon that ISIS militants in Syria were trying to develop an improvised anti-aircraft system and possibly “dirty bombs”, President Obama referred to this as a minor threat. He explained to NPR personality Steve Inskeep in the White House, “That at best, sleeper cells in the U.S. could probably regularly shoot down commercial jets at airports, or make a bomb that could level only a few city blocks. But as far as completely destroying the United States, they’re not even close to that capability.”