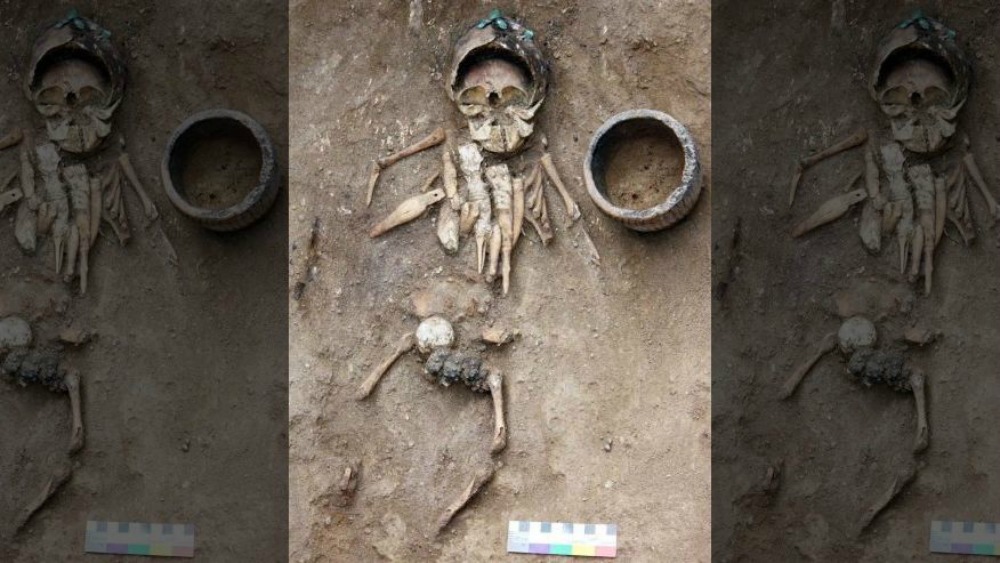 BREAKING NEWS – Minusinsk, Krasnoyarsk Krai, Russia – In the grave of an infant that lived around 4500 years ago that was buried in a birchbark cradle, were eight intricately carved figurines. “These tiny figurines were used as rattling toys”, wrote archaeologists Andrey Polyakov and Yury Esin, in an article published recently in the journal Archaeology, Ethnology & Anthropology of Eurasia. They also stated that, “the poorer families removed the tails from rattlesnakes for their infants, and according to some ancient writings, back then Russian members of PETA complained about this on a regular basis.”