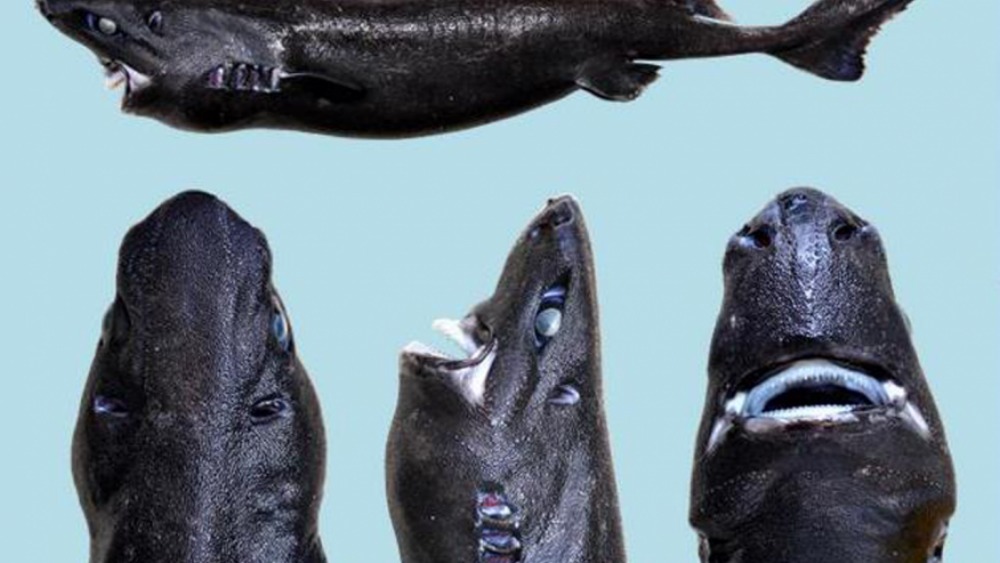 BREAKING NEWS – Moss Landing, California – Named Etmopterus benchleyi, the jet-black lanternshark with glass-like teeth and emerald eyes was caught in 2010 as part of an expedition off the Central American coastline on the Pacific Ocean side. Very little is known about this shark which spends most its time in the darkest parts of the ocean at depths ranging from 2,742 feet to as much as 4,734 feet. “The most incredible thing we discovered is how they produce light”, said Victoria Elena Vasquez, a grad student at the Pacific Shark Research Center. “We initially thought it was due to a chemical reaction through photophores on the scales, but we were amazed to discover behind their gills, a USB port outlet where it apparently was regularly recharged. Now, local police are re-examining a recent case when two fisherman were accused of being “lying publicity seeking idiots”, after they alleged while out on their boat in that same area, a mermaid swam up to them and asked them if they had WiFi.