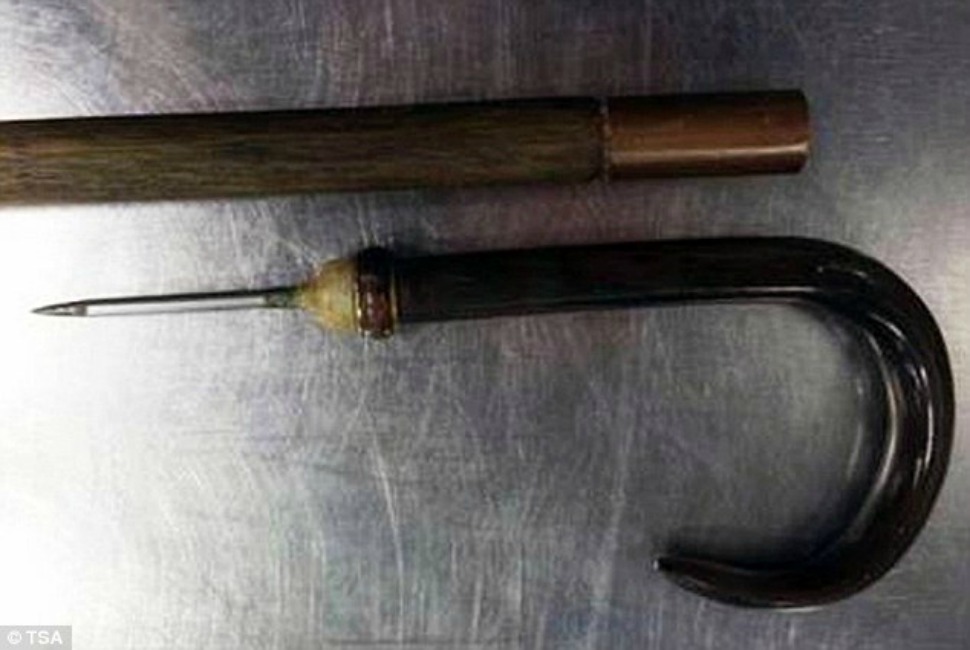 BREAKING NEWS – Newark, New Jersey – A 72-year-old man found himself in TSA custody on Christmas Eve at Newark Airport, after trying to go through airport security with a cane, that had a potentially deadly ice pick hidden inside. Agents confiscated the cane before taking the man into custody and later turning him over to the Port Authority Police. A further investigation disclosed that the man has been linked to a very dangerous local senior citizen gang. This allegation was determined after a search warrant of his house revealed that his wheel chair was identified by several witnesses at a nursing home, as the one used in a recent very slow drive-by shooting.