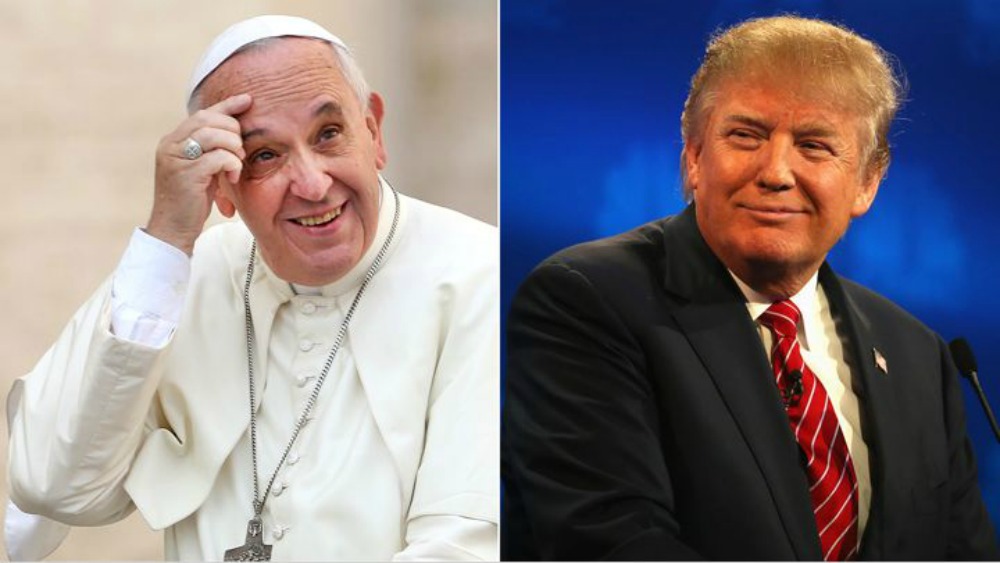 BREAKING NEWS – New York City, New York – Donald Trump tied Pope Francis I for the title of second most admired man in the world, according to a Gallup poll. The Pope stated that if Trump was elected president, he is concerned over how he will use predator drones in the Middle East. Trump responded to the Pope by saying, “I have to respect his opinion on this subject, because considering the behavior of priests all over the globe, he should be very knowledgeable regarding the potential of predators.”

by: adminDecember 30, 2015
Donald TrumpPope Francis I