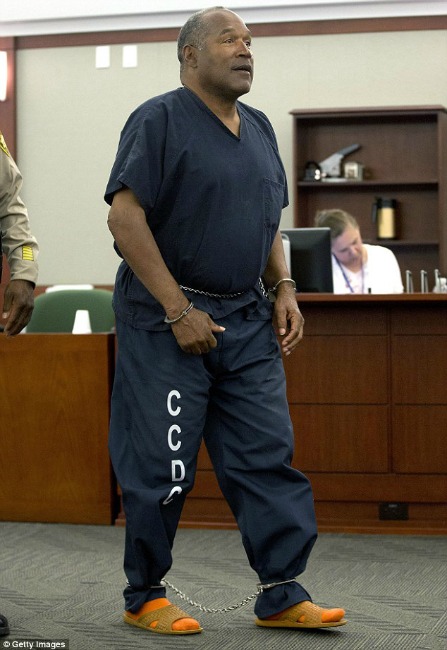 BREAKING NEWS – Lovelock, Nevada – Prison officials have announced that they have discovered O.J. Simpson’s secret plan to kill himself, and taking a few people with him. The ex-NFL star is up to 340 pounds and gains weight every week. According to his journal that was confiscated by guards, he plans on literally eating himself to death until he blows up like a hand grenade, and hopefully using his fragmented bones and internal organs as killer projectiles. His diabolical plan stemmed from his anger of the way he is being portrayed in the mini series on FX about his trial, and catching his cellmate eating one of his Chips Ahoy cookies.