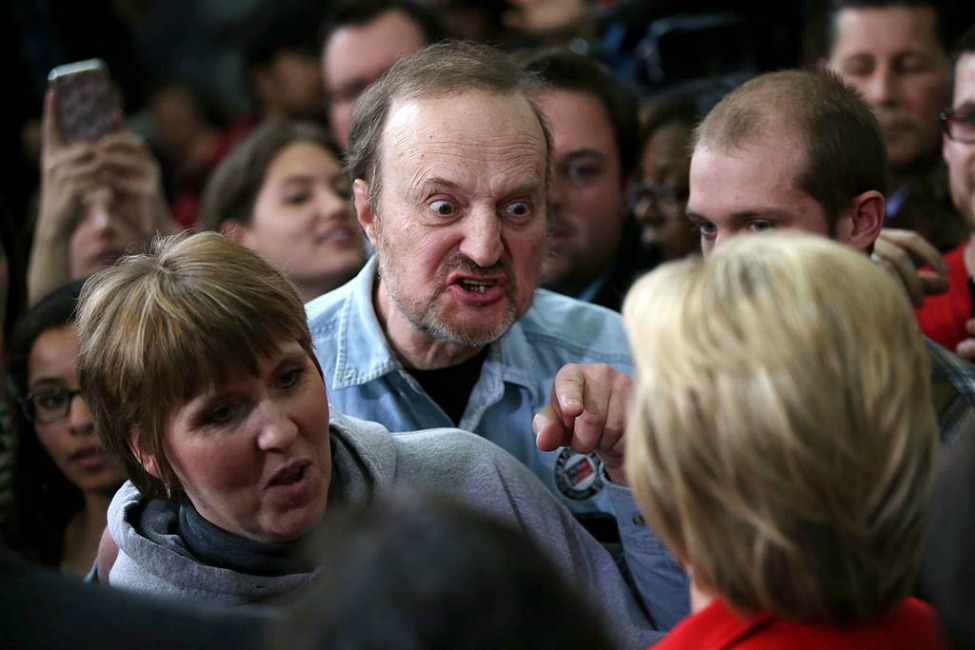 BREAKING NEWS – Ames, Iowa – A Hillary Clinton supporter is seen talking to the democratic presidential candidate as she greets a crowd during an event at Iowa State University. While simultaneously, a deranged man who is also a supporter, was telling her that her debating style and her explanation of the currently expanding FBI investigation of her emails, should easily get her the “mentally unbalanced” vote.