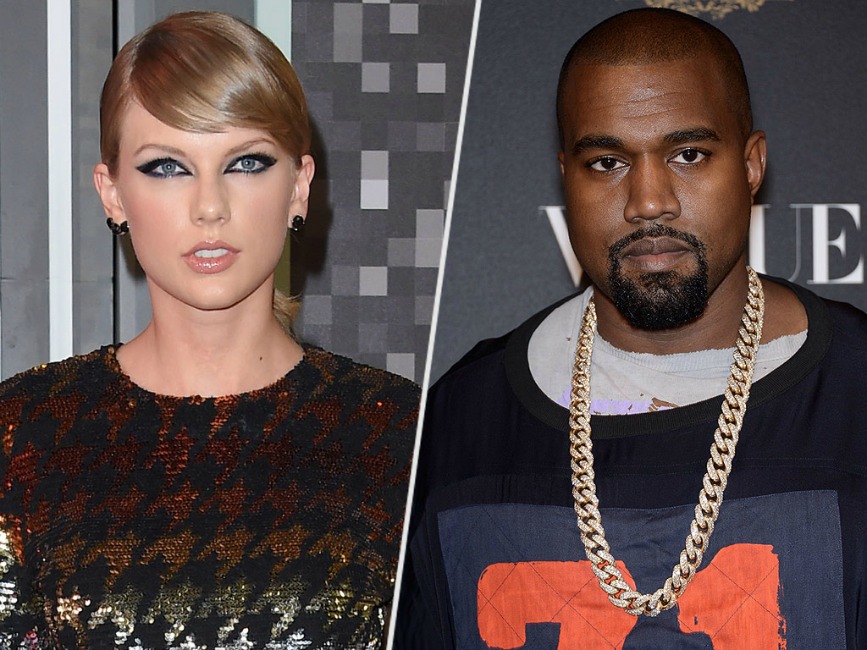 BREAKING NEWS – Los Angeles, California – Taylor Swift used her acceptance speech for Album of the Year at Monday night’s Grammy Awards to hit back at Kanye West, whose track about having sex with Swift — along with his claim that he made “the b**** famous” — infuriated the 26-year-old pop superstar. “I want to say to all the young women out there: There are going to be people along the way who will try to undercut your success or take credit for your accomplishments or your fame,” Swift said while she accepted the award for her album “1989”. “But if you just focus on the work and you don’t let those people sidetrack you, someday when you get where you’re going, you’ll look around and you will know that it was you and the people who love you who put you there. And that will be the greatest feeling in the world. Thank you for this moment.” Kanye responded by saying, “Taylor is nothing but a bigot, and she’s trying to hide the fact that she does not want to go to bed with a black man.”