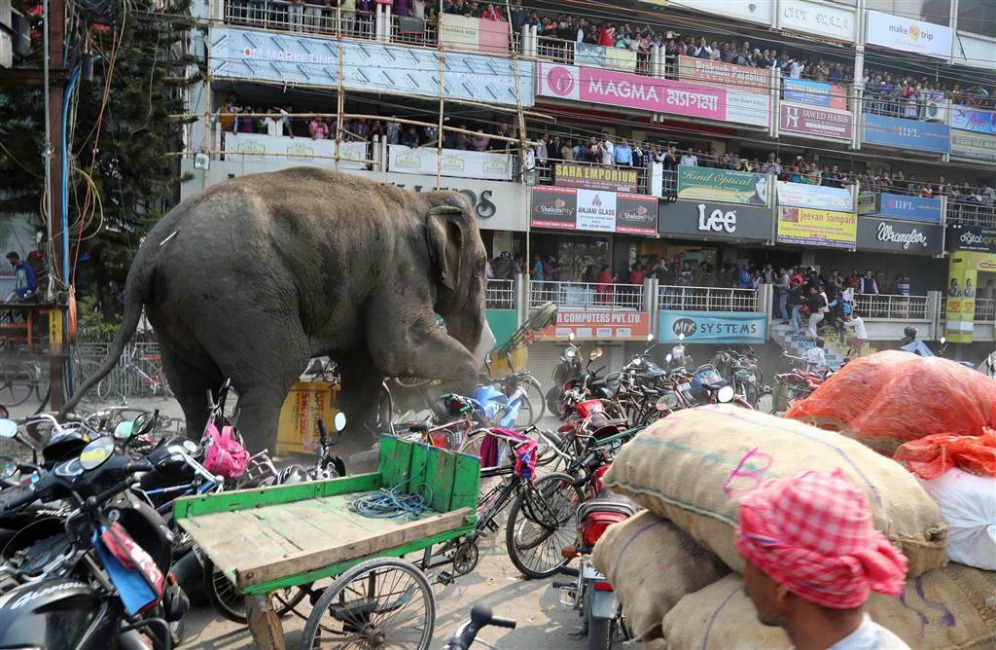 BREAKING NEWS – Siliguri, India – Bystanders watch as a wild elephant struck with a tranquilizer dart in its back side walks along a street. It smashed and destroyed about 100 bikes, sending panicked people running before the sedated animal was returned to the forest. Two teenagers were later arrested and charged with creating the conflict. According to witnesses, the elephant was calm and docile, until it noticed the two pranksters letting the air out of both tires of its Schwinn.