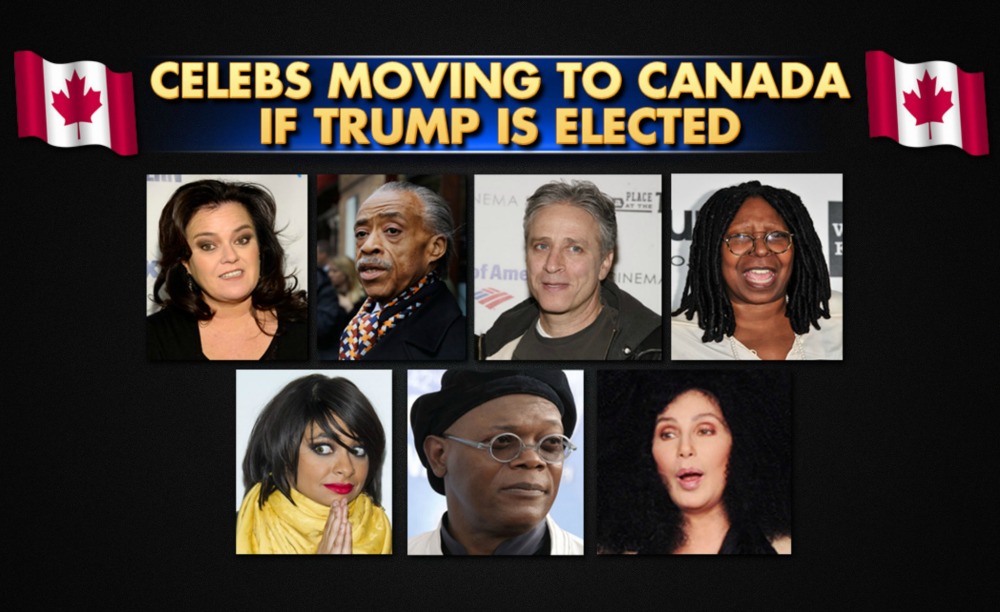 BREAKING NEWS – Los Angeles, California – Rosie O’Donnell, Al Sharpton, Jon Stewart, Whoopi Goldberg, Raven Symone, Samuel L. Jackson, and Cher have now publicly promised to move to Canada if Donald Trump becomes the next president of the United States. Upon hearing this and doing some research on all seven of the celebrities, the Prime Minister of Canada Justin Trudeau, is now threatening to build a wall to secure its southern border.