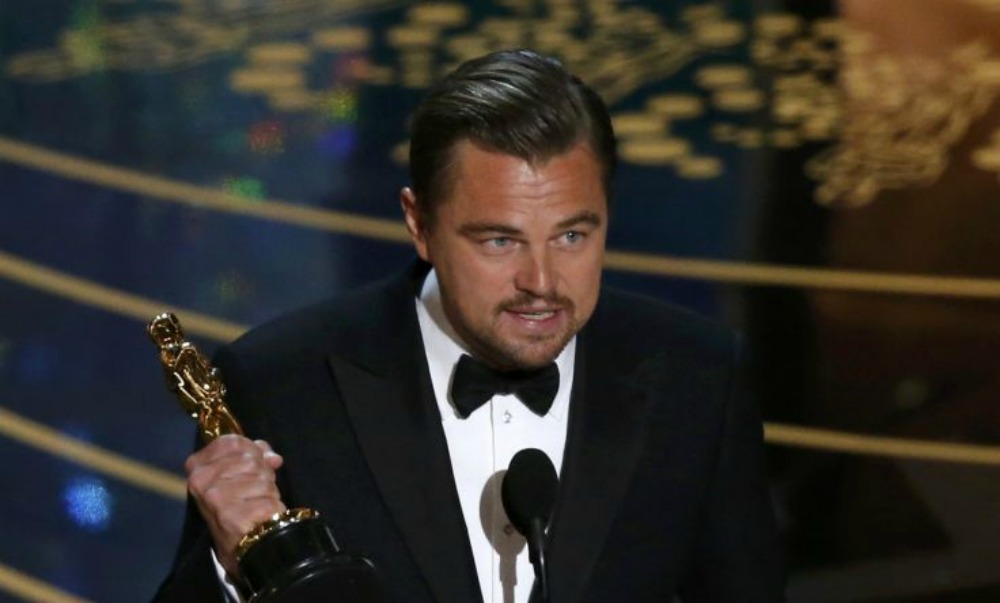 BREAKING NEWS – Hollywood, California – Leonardo DiCaprio used his Oscar acceptance speech on Sunday to deliver a message about the perils of global warming. But the A-list actor, who flies private jets, rents out entire yachts, and maintains multiple multimillion dollar residences, has a carbon footprint that’s likely among the biggest in the world. “Making ‘The Revenant’ was about man’s relationship to the natural world. A world that we collectively felt in 2015 as the hottest year in recorded history,” DiCaprio said at the Academy Awards. “Our production needed to move to the southern tip of this planet just to be able to find snow. If the Titanic actually sunk 20 years from now, the oceans would then be hot enough to boil people alive. Al Gore explained this to me earlier today, and his facts as usual are irrefutable! Also, I have been criticized and called a ‘hypocrite’ because my lifestyle allegedly contradicts what I preach. So what! I am a handsome Oscar winning actor, and the rules that applies to millions of my adoring fans does not and should not apply to me, and all clear thinking people knows it! Thank you again for this award.”