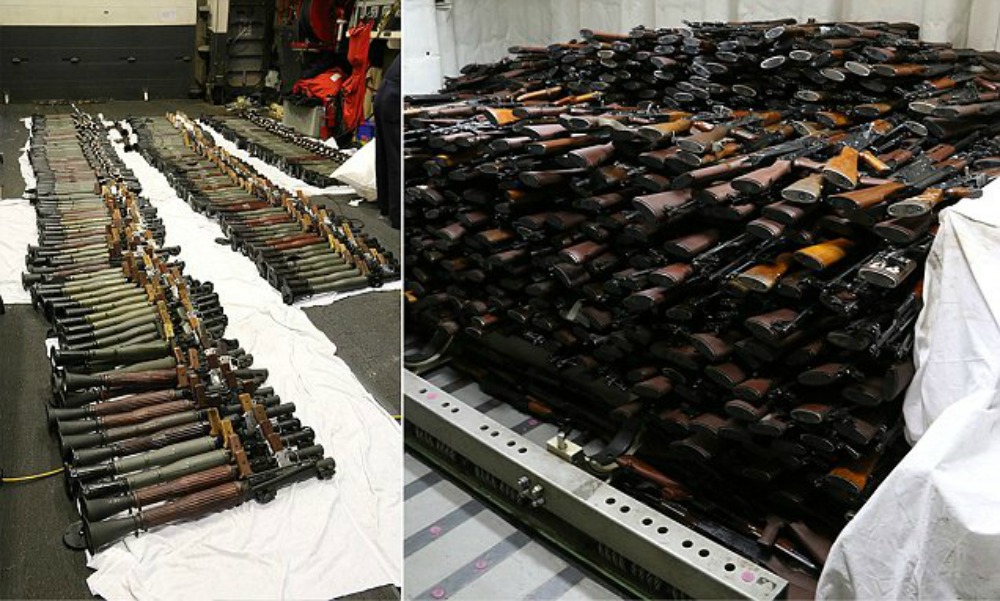 BREAKING NEWS – Dubai, United Arab Emirates – The U.S. Navy says it has seized a weapons shipment in the Arabian Sea from Iran. The USS Sirocco intercepted and seized the shipment of weapons that included 1,500 Kalashnikov assault rifles, 200 rocket-propelled grenade launchers and 21 .50-caliber machine guns. The Pentagon and the United Nations both agree it is highly likely that either the weapons were heading to war-torn Yemen, or any number of places on the southside of Chicago.