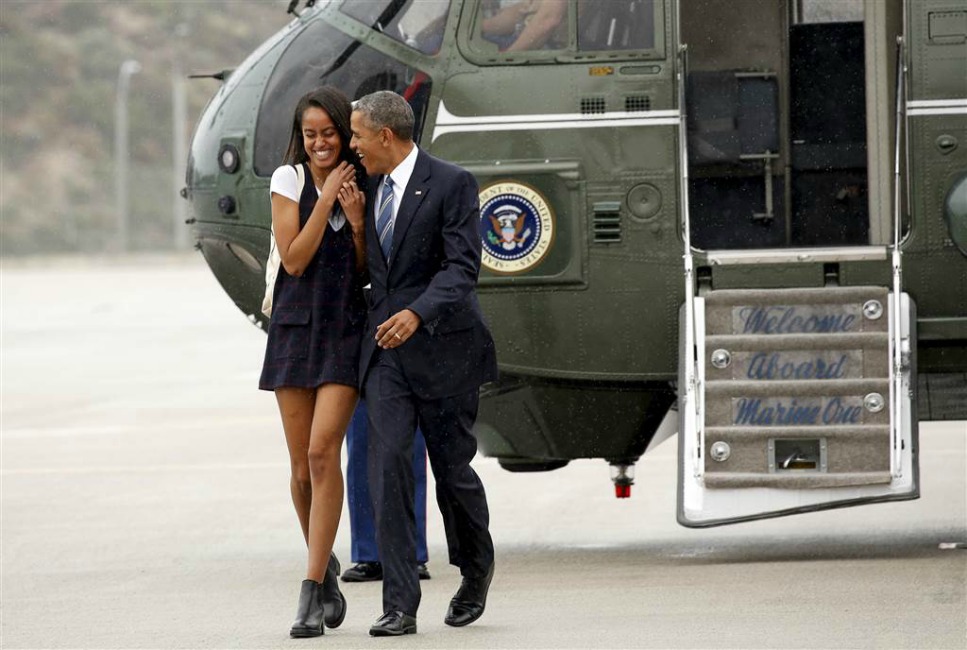 BREAKING NEWS – Los Angeles, California – President Barack Obama and his daughter Malia walk in the rain from Marine One to board Air Force One upon their departure from Los Angeles. According to an unnamed source from the White House, both of them were gleeful and laughing after listening on speaker to a conference call from the head of the FBI James B. Comey, stating that he is more than likely going to recommend an indictment for Hillary Clinton.