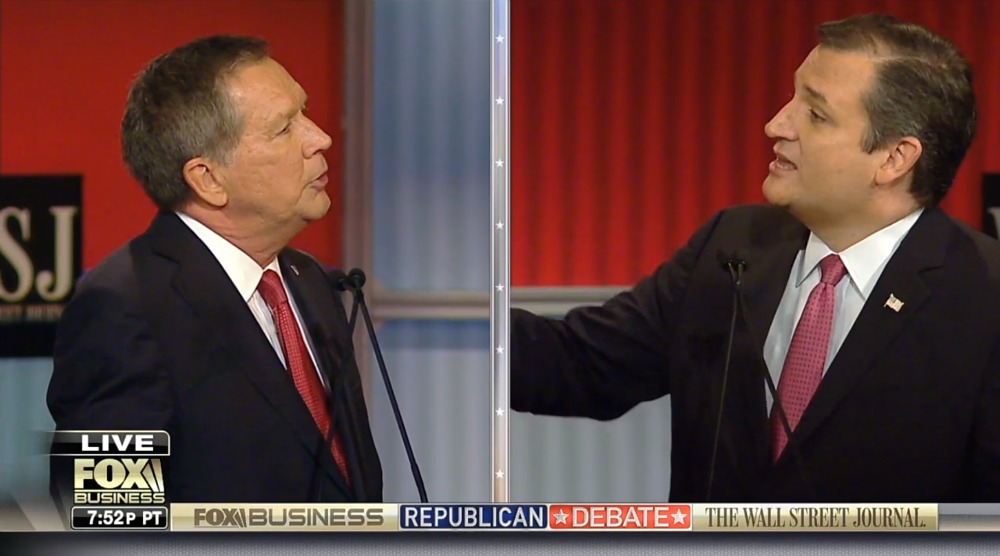 BREAKING NEWS – Borden, Indiana – The Cruz-Kasich alliance against Trump appears to be falling apart. In their unconventional alliance, Kasich said he would clear the way for Cruz to face Trump in Indiana while Cruz would return the favor in Oregon and New Mexico. The plan aimed to produce what anti-Trump Republicans have yearned for since the fall: a one-on-one showdown with the mogul. But now, Kasich has undercut the idea by declaring that his supporters in Indiana should still vote for him. Cruz angrily stated at a press conference that, “Kasich can’t be trusted because we shook hands, and the Ohio governor doesn’t have enough integrity to honor our mutually agreed upon underhanded deal.” Kasich responded by saying, “I wasn’t legally bound to our verbal agreement because I never signed anything or pinky swore.”