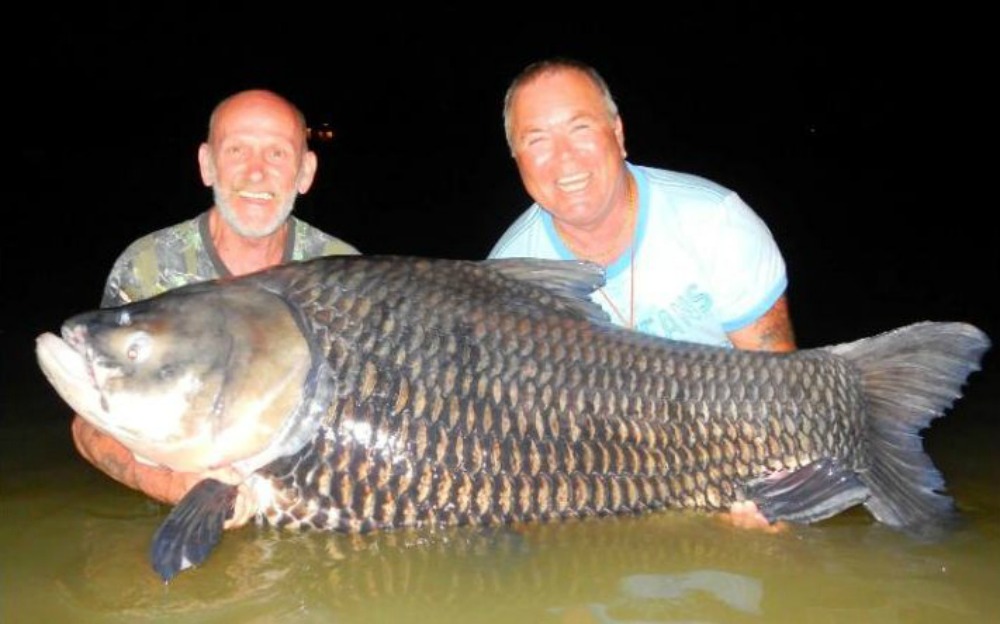 BREAKING NEWS – Hull, England – Two British fishermen honored their late friend by using his remains (ashes) to reel in a 180-pound Siamese carp while on a trip to Thailand, The Telegraph reports. Ron Hopper, 64, died before he could go on the trip with friends Paul Fairbrass and Cliff Dale. Hopper’s family is said to be extremely angry at both men, referring to them as “sick and demented”. They said Fairbrass and Dale were fully aware that Ron was terrified of the water and couldn’t swim, and they also knew that until his death, he was still having reoccurring nightmares from watching the movie “Jaws”.