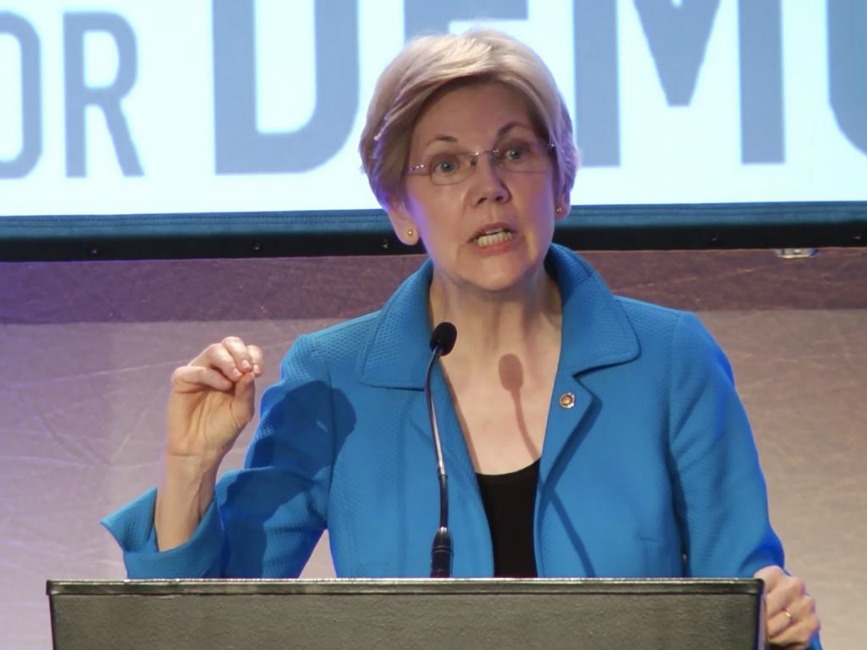 BREAKING NEWS – Washington, D.C. – Senator Elizabeth Warren very critical of Donald Trump during a speech at the Center for Popular Democracy. She unloaded on him when she said, “Donald Trump was drooling over the idea of a housing meltdown—because it meant he could buy up a bunch more property on the cheap.” When someone from the audience asked her why is the “buying low and selling high” concept wrong since it’s done on Wall Street everyday, she stammered when she responded and said, “It’s a complicated issue that can only be understood by ‘us’ full blooded Cherokee Indians.”