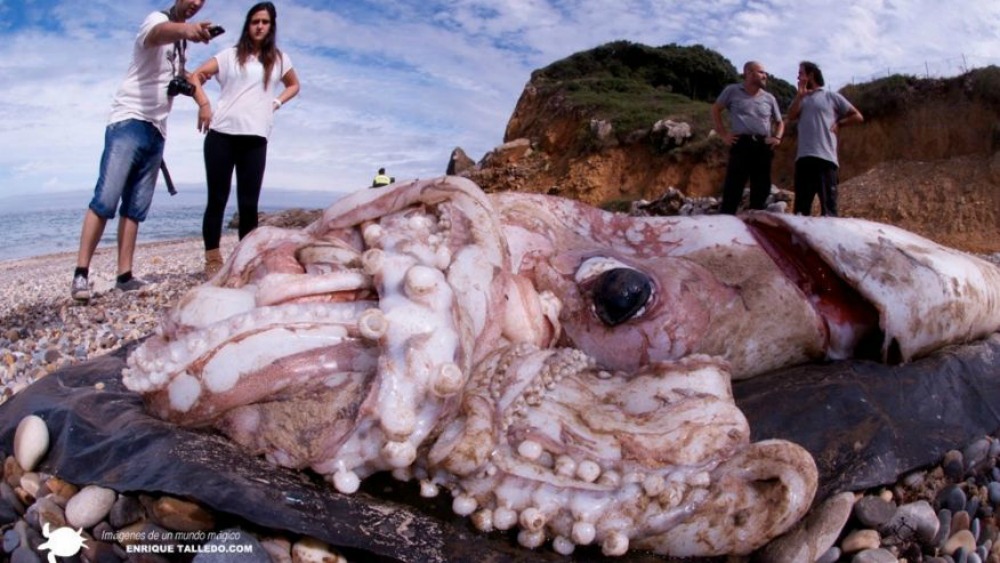 BREAKING NEWS – St. Andrews, Scotland – Steeped in mystery, the elusive, deep-sea-dwelling giant squid, with eyes the size of basketballs, may be larger than it has gotten credit for. In fact, the monster cephalopod may grow to be longer than a Carnival Cruise ship, researchers say. Studies estimated that hundreds of thousands of giant squid may live in the ocean, which would suggest that there are plenty of chances for giant squid to grow larger than previously suggested, said Charles Paxton, a fisheries ecologist and statistician at the University of St Andrews in Scotland. They now believe that a gigantic one actually pulled the Titanic beneath the waves. They base this on testimony from some of the survivors of the famous ship, that stated they saw in the icy cold water, a gargantuan sized squid grab the ship with eight tentacles while wearing four pairs of mittens.