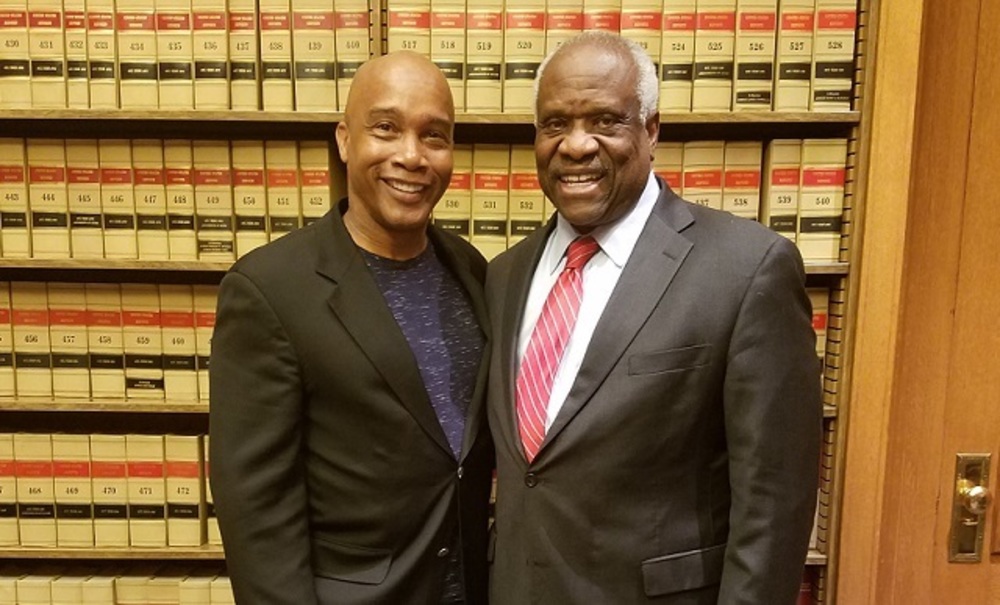 BREAKING NEWS – Washington, D.C. – Author and conservative speaker Kevin Jackson, and Justice Clarence Thomas were both treated and released from the hospital with cuts and bruises after a meeting in the Supreme Court. Three liberal Justices are currently being questioned by the police, after being accused of pushing a bookcase over the two men, in an attempt to crush them to death. In the hopes of a plea deal, one unnamed liberal justice has already admitted that their actions was prompted by them overhearing Thomas and Jackson exchanging ideas on how blacks can improve their communities nationwide, without the assistance of the federal government.