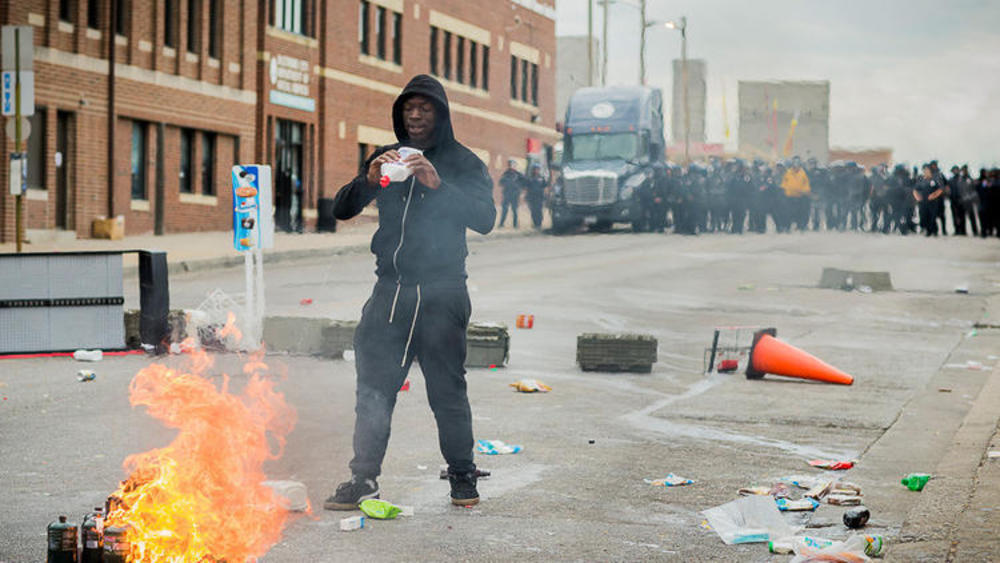 BREAKING NEWS – Baltimore, Maryland – Donta Betts was seen in widely circulated photos squirting lighter fluid on a pile of propane cylinders during the rioting in Baltimore in April 2015 has been sentenced to 15 years in prison. “Donta Betts engaged in arson, looting, assault and other mayhem during the Baltimore riots,” U.S. Attorney Rod J. Rosenstein said in a statement. He said Betts’ actions around the city during the riots included looting and throwing rocks at police officers. Mayor Stephanie Rawlings-Blake, said she will take only a portion of the responsibility to his actions, because she made the statement at a press conference that protesters should have “space to destroy”. She then added, “But the lions share of the rioting in this city should be placed squarely on the shoulders of the idiot citizens that voted me into office.”