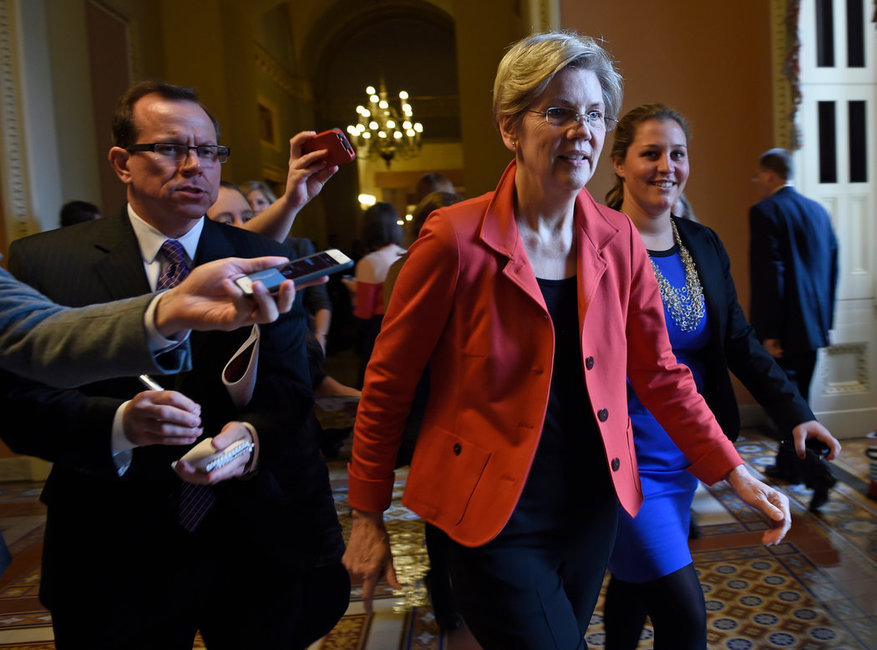 BREAKING NEWS – Washington, D.C. – Elizabeth Warren is seen angrily storming off after getting into an intense shouting match with Hillary Clinton. Witnesses stated that Warren was upset after Clinton told her that she will not be her VP choice because she would rather have a woman as her running mate instead.