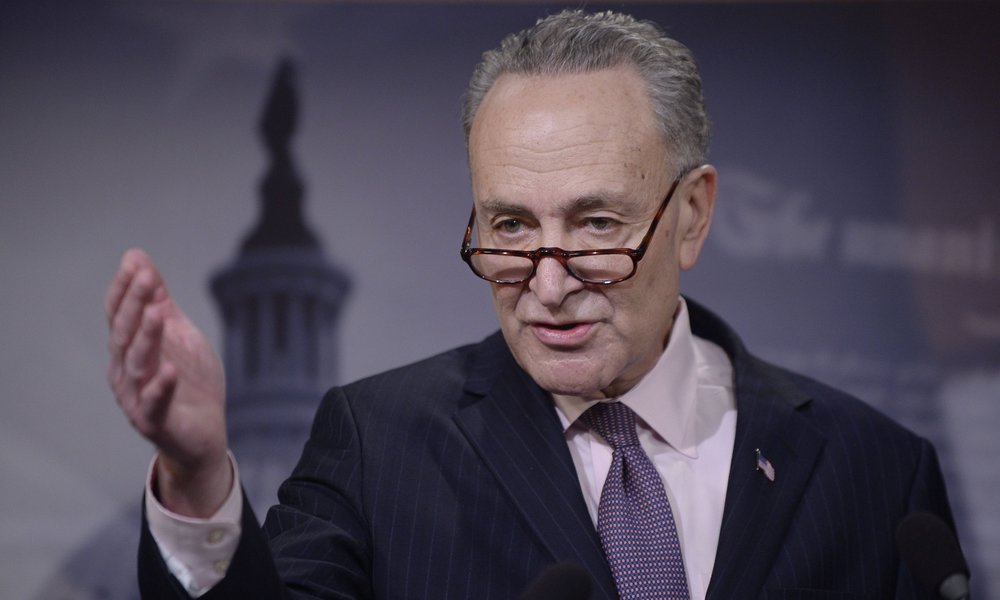 BREAKING NEWS – New York City, New York – In defending Loretta Lynch regarding her meeting with Bill Clinton on the tarmac at Sky Harbor Airport in Phoenix, New York Senator Chuck Schumer stated that Lynch’s reputation as an “honorable person” ensures nothing unethical occurred when Lynch and Clinton met. Schumer was then asked if he was being a hypocrite, because in 2006 he was demanding that Bush appointee U.S. Attorney General Alberto Gonzales recuse himself due to an appearance of a conflict of interest. He responded, “Lynch and Clinton met on a private jet at an airport, and the FAA does not have rules prohibiting federal prosecutors from making secret deals on runways or in hangars.”