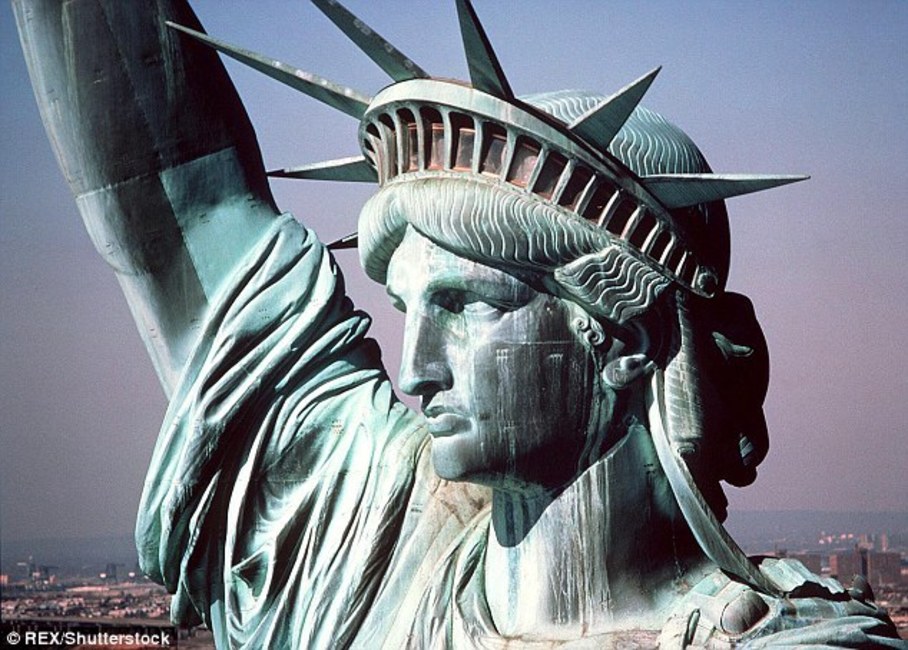 BREAKING NEWS – New York City, New York – She is one of the most iconic sculptures anywhere in the world, the lifted lamp beside the golden door that symbolizes the hope and promise of America created by Frédéric Auguste Bartholdi. But while millions of people across the globe may think they know everything about the Statue of Liberty, author Elizabeth Mitchell begs to differ. She is alleging that the statue’s face was modeled on the sculptor’s mentally ill brother Jean-Charles 130 years ago. Mitchell went on to say that after Bartholdi had a series of dreams of what the U. S. would be like in 2016, he decided to use Jean Charles as the model. And the Statue of Liberty is actually an ominous warning sign, with the message that anyone who desires to migrate to America around this time, must be crazy.