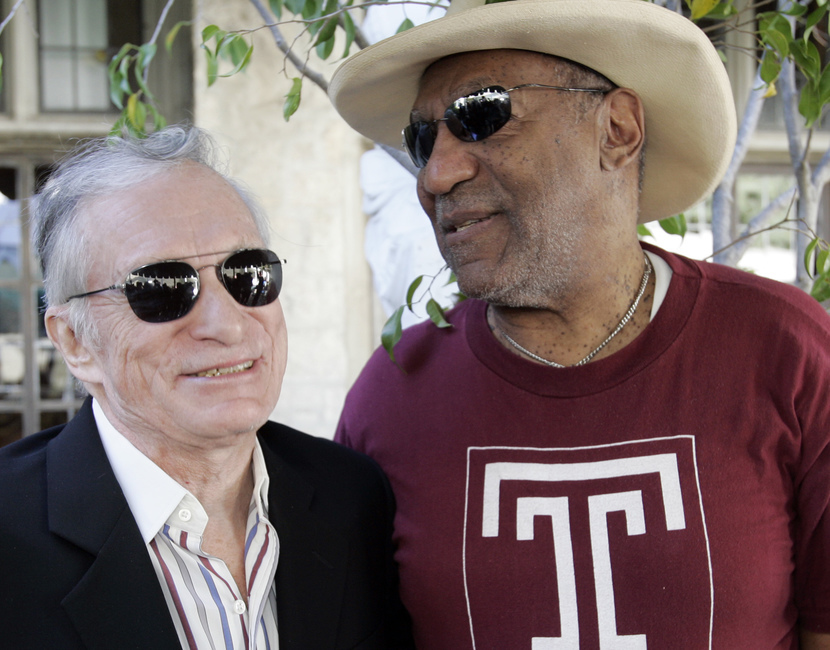 BREAKING NEWS – Los Angeles, California – Hugh Hefner’s attorneys are asking a judge to dismiss the Playboy founder from a lawsuit filed by a woman who accuses Bill Cosby of abusing her at the Playboy Mansion in 2008. A motion filed in a Los Angeles federal court contends that a lawsuit filed by former model Chloe Goins is barred by the statute of limitations. Goins filed a lawsuit against Cosby and Hefner in May and repeated her previous allegations that the comedian drugged and sexually abused her at Hefner’s Playboy Mansion during a 2008 party. Al Sharpton is now calling Hefner a racist, stating, “I bet he wouldn’t abandon Cosby if he was a white sexual predator.”