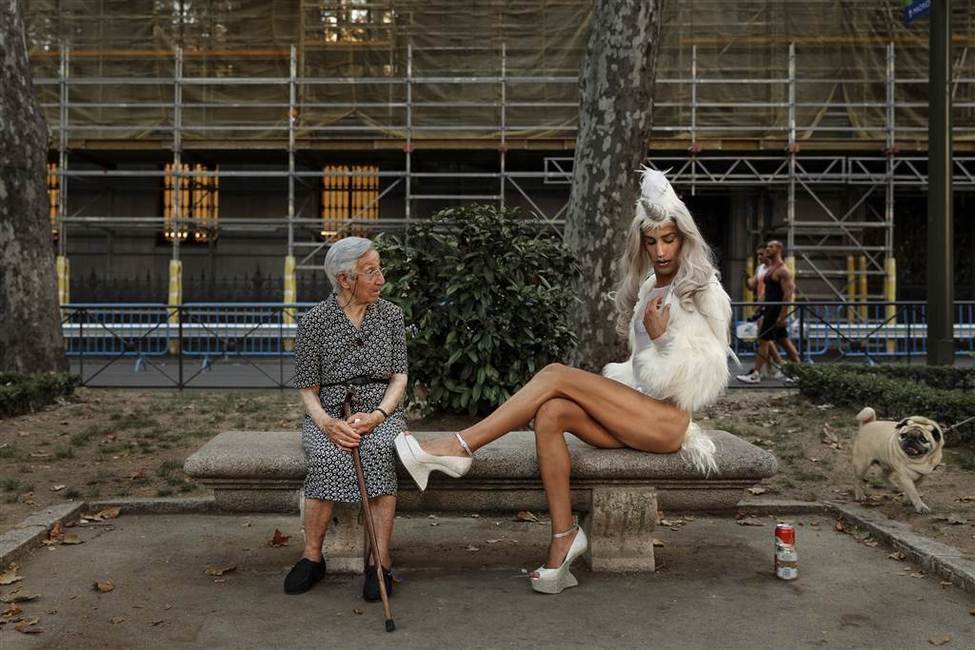 BREAKING NEWS – Madrid, Spain – A 90 year old woman was arrested and charged with an assault after she hit a man with her cane and knocked him unconscious. From a hospital bed with a concussion, the man who was a participant in a Gay Pride parade said the woman attacked him after he said to her he had homosexual male friends who were homeless, that wore nicer looking dresses than she was wearing.