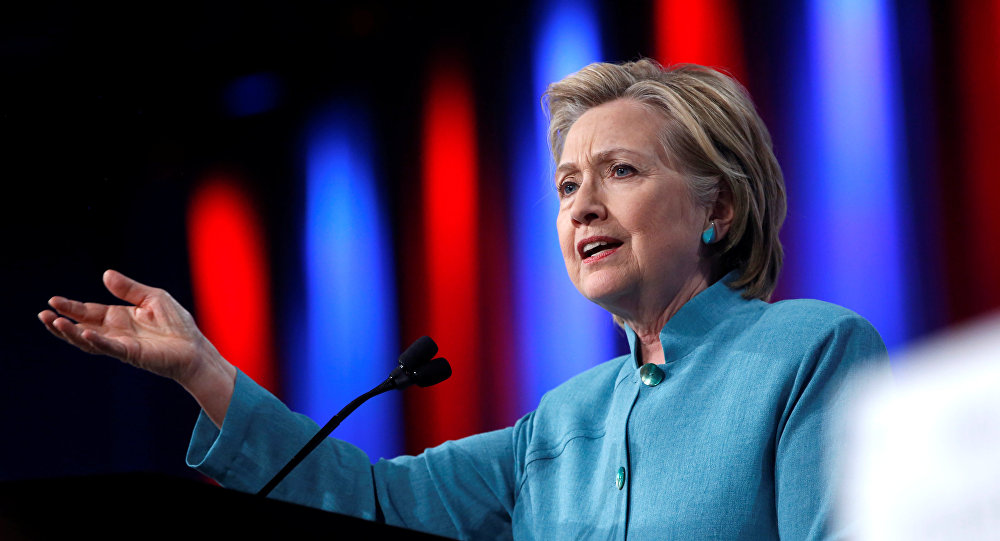 BREAKING NEWS – Las Vegas, Nevada – Democratic presidential nominee Hillary Clinton had a quick response on when an animal rights demonstration broke out during a campaign rally in Las Vegas. Footage posted by ABC News shows the former secretary of state speaking to Secret Service agents as the protesters began chanting, before saying, “These people must be here to protest me, ignoring the fact that Donald Trump and his kids have killed a lot of animals!” She was referring to hunting trips the men had been on. When the protesters shouted even louder Clinton shouted back saying, “Trump and his kids have ended the life of at least a dozen animals, and I am responsible for the death of only four innocent people in Benghazi. Do the darn math you idiots!”