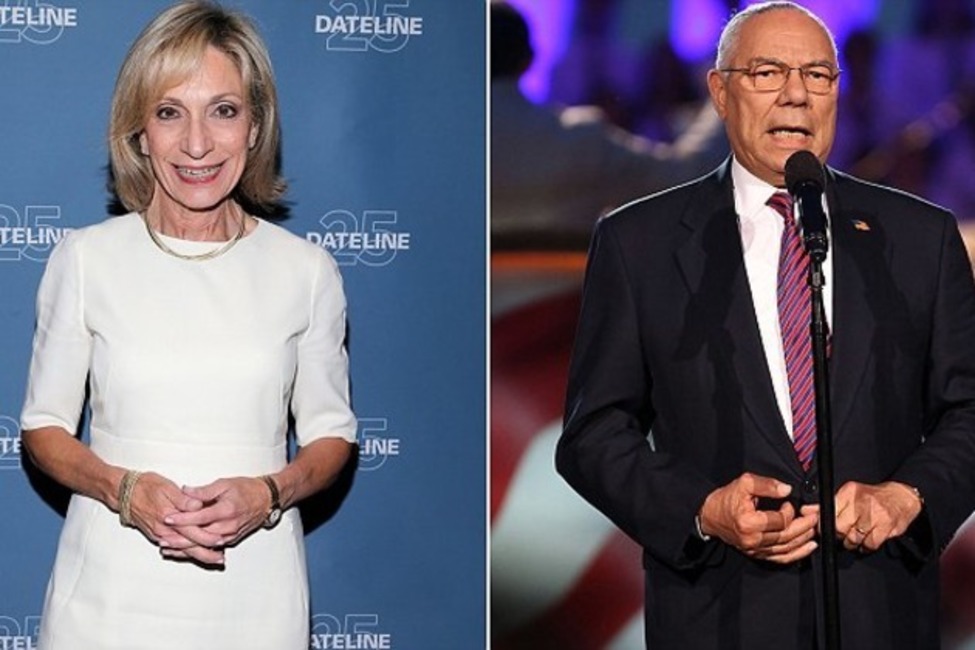 BREAKING NEWS _ New York City, New York – NBC journalist Andrea Mitchell is not a fan of Donald Trump — and leaked emails from June apparently show her describing the prospect of Trump getting the Republican nomination as “awful.” Emails between former Secretary of State Colin Powell and Mitchell from June, and leaked this month by DC Leaks, begin with a fairly standard journalist’s request for comment after former Bush deputy secretary of state Richard Armitage announced he was backing Hillary Clinton for president.

“Armitage now supporting her? Are you going to endorse? Wondering,” Mitchell asks Powell. “I know trump controls the convention rules committee but I keep thinking they have to find a way not to nominate him.”

Powell responds by telling her he thinks Trump will get the nomination, and notes that Ryan has declared he is sticking with Trump.

“I don’t see how. Even Paul Ryan in today’s papers says he has problems, but is sticking with him. Trump is his own best critic right now. Be careful not to give him critics he can attack and divert attention. I assume he will get the nomination. Then the game is on,” Powell responded.

Powell’s outlook is not an optimistic one for Mitchel, who then responds: “It is awful,” apparently referring to Trump’s nomination.

“I don’t want my opinion of him to get out, because he has dated and married some beautiful women, and there’s no doubt he would be critical of how homely I look”, said Mitchell.

“That’s true”, responded Powell. “Yes you do look pretty rough. I will keep your opinion to myself. But if you change your mind and want to go after Trump publicly, get a facelift first. That reduces his ammunition.”