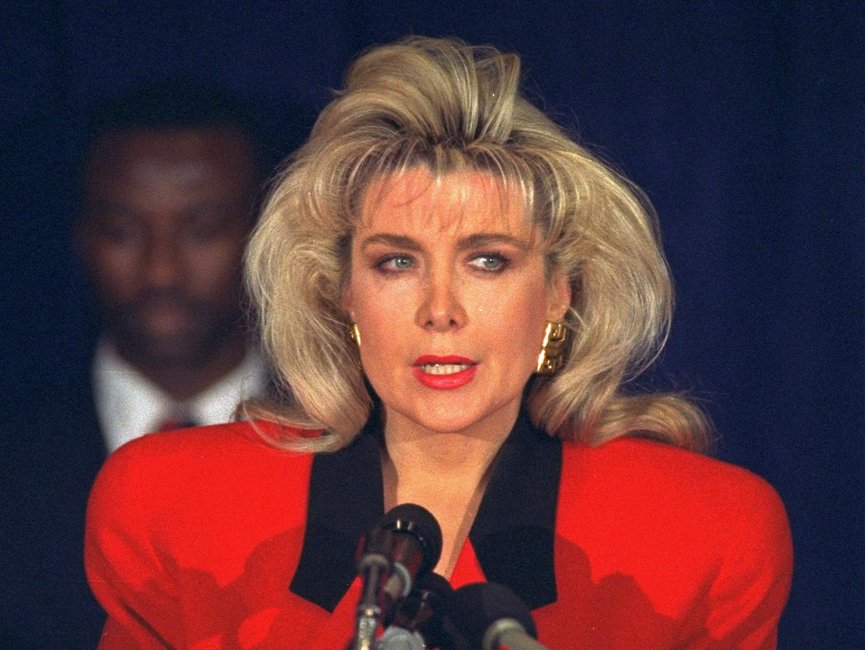 BREAKING NEWS – New York City, New York – Republican presidential candidate Donald Trump tweeted Saturday that he would invite Bill Clinton’s former mistress Gennifer Flowers to sit in the front row at Monday’s first presidential debate against Hillary Clinton. He extended the invitation to Flowers after the Clinton campaign invited Mark Cuban, a fellow billionaire and prominent Trump critic, to the debate. Trump then went a step further by extending an invitation to all of Bill’s mistresses from the past 30 years. Hillary Clinton responded by calling that an “empty threat”, because she said the auditorium only has 1000 seats.