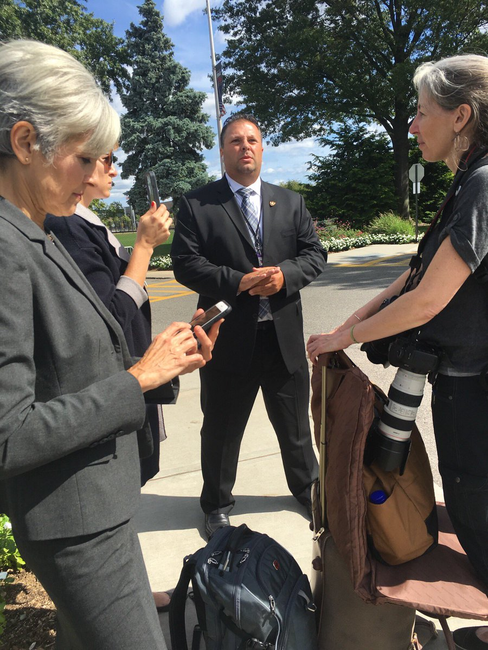 BREAKING NEWS – Hempstra, New York – Green Party presidential nominee Jill Stein was escorted off the Hofstra University campus Monday after her prearranged media interviews because she didn’t have credentials to be there. Stein’s campaign told CNN that she was at the university doing press interviews and was escorted off after an interview with MSNBC. Initially the school stated that Stein was asked to leave because her hairstyle violated campus rules for being too masculine. But they later changed it to they didn’t want MSNBC staff on school property due to their low journalistic standards and their reputation for having a long list of reporters that are notoriously mentally unstable.