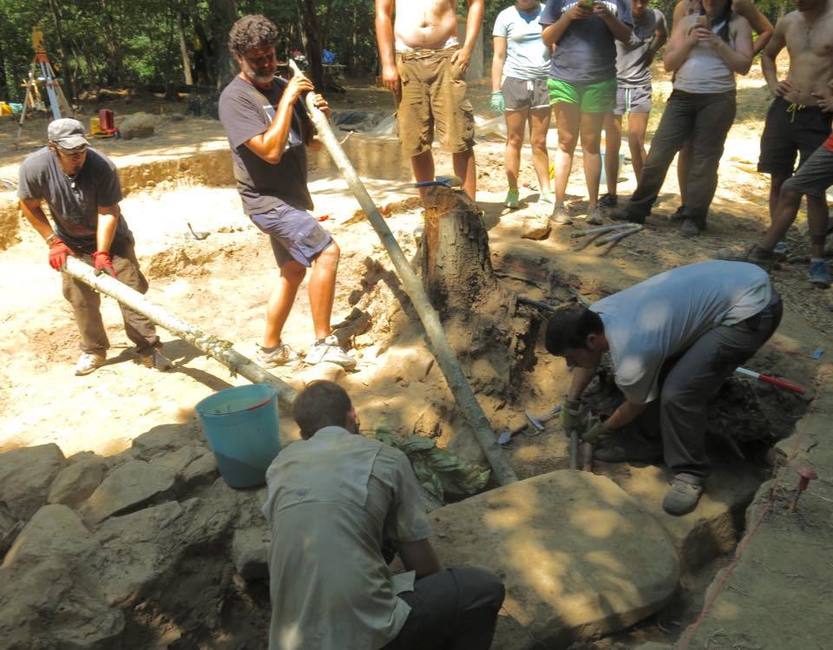 BREAKING NEWS – Dallas, Texas – A 500-pound stone slab, or stele, was unearthed earlier this year at Poggio Colla, a sixth century B.C. site built by the Etruscans. The stele bears a long inscription in a language that has not been used for 2,500 years, project archaeologist Gregory Warden, a professor emeritus at Southern Methodist University told Live Science in. Archaeologists translating the lost language have discovered that the tablet references the goddess Uni, who is linked to fertility. Additional writings on the tablet shows her followers were constantly in a battle with the followers of “No-kidz”, who was the god of contraceptives.