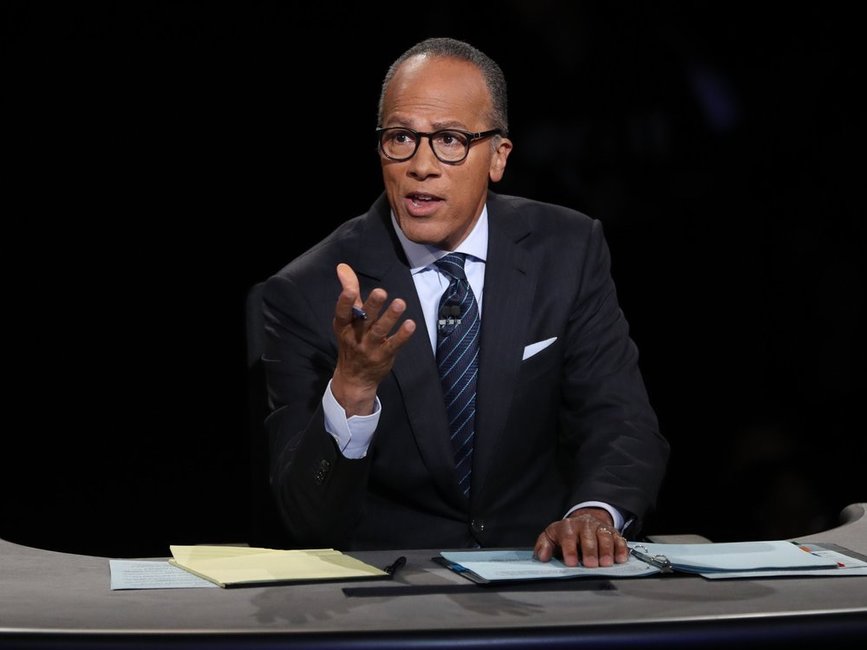 BREAKING NEWS – New York City, New York – Lester Holt responds to criticism that during the Hillary Clinton-Donald Trump debate in which he was the moderator, he repeatedly challenged Trump with tough questions and follow-up questions, while giving Clinton a pass. “I know Trump was trying to ‘bait’ me into treating Hillary the same way I treated, him and I didn’t fall for it. I was raised to be respectful to women, and I wasn’t about to hit her with the same ‘gotcha questions’ that I consistently launched at him. Under no circumstances was I going to make her feel uncomfortable or awkward, which might have embarrassed her in front of 100 million people and could’ve caused independent voters not to give her any serious consideration. Yes, I treated her differently, and I’m proud to say I did it due to chivalry and my misguided political leanings.”