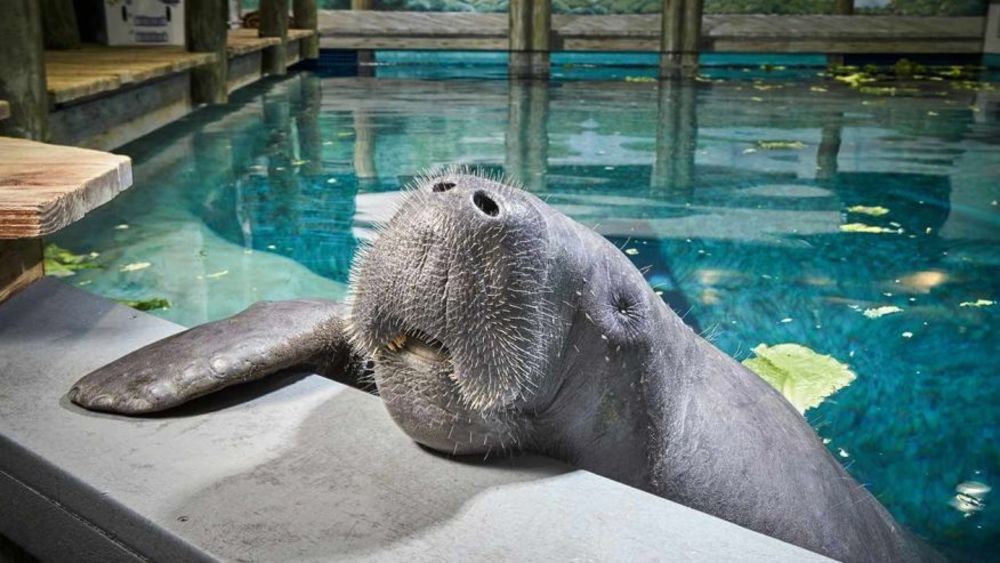 BREAKING NEWS – South Florida, Florida – Sixty-eight may not seem that old, but for Snooty the manatee, it’s a world record. Snooty is now the world’s oldest manatee living in captivity, the Guinness World Records recently announced. The sea cow was brought to South Florida Museum as an 11-month-old calf in 1949. Now 68 years old, Snooty has earned the world record title. Marilyn Margold, director of living collections at South Florida Museum stated, “Due to Snooty’s advanced age, he’s a few steps slower than from years past. Now when he’s hovering near the bottom of the pool, to move around he uses a specially built water resistant walker.”